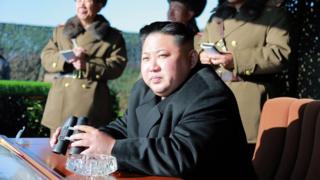 Donald Trump often tweets several times a day but doesn’t dwell on policy issues and rarely speaks to the press. So his 140-character messages are the main insight we have into the thinking of the US president-elect. But what can they tell us about how his new administration will deal with the world?
Mr Trump rubbished North Korea’s claim to be developing missiles capable of striking the US, tweeting “it won’t happen” on Monday at 15:05 EST (20:05 GMT).
It’s not particularly clear. It could indicate that Mr Trump believes that North Korea will not be able to develop the technology necessary. Or he may think the country’s government will collapse, or that the new US administration will be able to persuade North Korea’s leader Kim Jong-un to give up his nuclear programme.
The BBC’s Stephen Evans, in Seoul, says the South Korean government has interpreted the tweet as a warning to Mr Kim that the US will stop such a development from happening, either by military action or by disruptive covert operations.
But with the tweet so ambiguous, it is open to many alternative interpretations too.
The US president-elect has previously called Mr Kim a “bad dude”, but he has also said he would be willing to speak to him over a burger (such a meeting would be a significant change of US policy towards North Korea).
In an interview in May, Mr Trump said the isolated state’s main backer – China – needed to take action to ease tensions. “China can solve that problem with one meeting or one phone call,” he told Reuters.
And in a follow-up tweet on Monday, Mr Trump said: “China has been taking out massive amounts of money & wealth from the U. S. in totally one-sided trade, but won’t help with North Korea. Nice! ”
How might Trump deal with Kim Jong-un?
The US has long aimed to persuade North Korea to give up its nuclear programme, using a mixture of aid and sanctions, although in October the national intelligence director James Clapper said this was “probably a lost cause”.
In March 2016 President Obama imposed new sanctions on North Korea after it carried out a nuclear test and a satellite launch. The White House spokesman said: “We will continue to impose costs on North Korea until it comes into compliance with its international obligations. ”
The United Nations Security Council has also imposed sanctions on North Korea over its nuclear programme.
How advanced is North Korea’s nuclear programme? 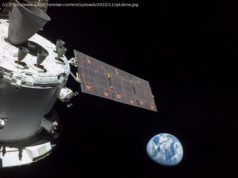 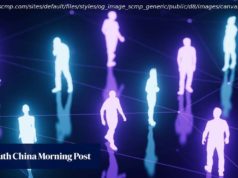 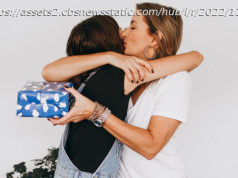