Following are key dates in the battle for Syria’s Aleppo where fierce fighting resumed on Wednesday in a blow to hopes for the peaceful evacuation of the last rebel-held areas.
Carnations left at the scene around photo of victims as people protest an attack at a popular nightclub in Istanbul. (Emrah Gurel, AP)
Multimedia · User Galleries · News in Pictures Send us your pictures · Send us your stories
Istanbul — Turkish police on Wednesday detained at least five
suspected ISIS militants believed to be linked to the deadly Istanbul nightclub
attack, the state-run news agency reported.
The
operation was launched in the Aegean port city of Izmir and was ongoing,
Anadolu Agency said.
The
gunman, who killed 39 people during New Year’s celebrations, hasn’t been
publicly named and is still at large. But Foreign Minister Mevlut Cavusoglu
said authorities had identified the man, without providing details.
ISIS has
claimed responsibility for the attack, which also wounded nearly 70 people.
Most of those killed were foreigners from the Middle East.
The
private Dogan news agency said the police operation targeted three families who
had arrived in Izmir about 20 days ago from Konya — a city in central Turkey
where the gunman is thought to have been based before
carrying out the nightclub attack. It said 27 people, including women and
children, were taken into custody.
At least
14 people were previously detained in connection with the attack, including two
foreigners stopped on Tuesday at the international terminal of Istanbul’s
Ataturk Airport after police checked their cellphones
and luggage, according to Anadolu.
24.com encourages commentary submitted via MyNews24. Contributions of 200 words or more will be considered for publication. 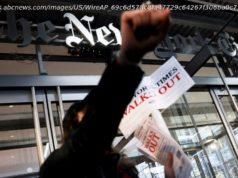 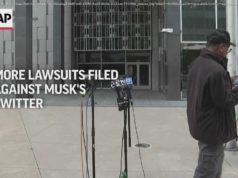 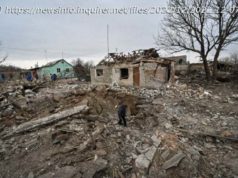