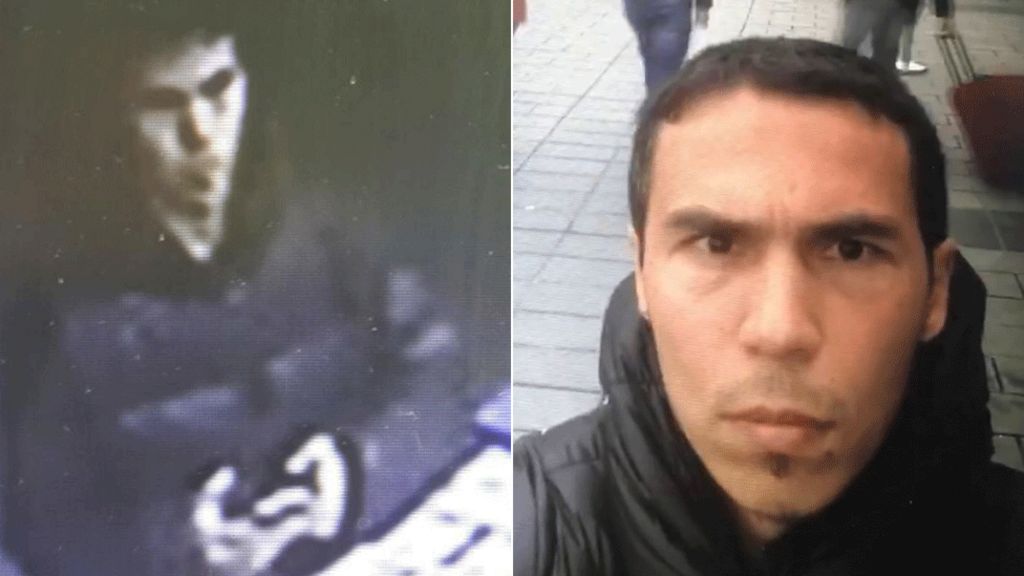 Turkish police have launched raids in Istanbul and arrested 12 people, as the hunt for an attacker who killed 39 people in a nightclub intensifies.
Deputy Prime Minister Numan Kurtulmus said authorities had fingerprints and a basic description, and vowed to “speedily” identify the suspect.
Some 600 revellers were in the Reina nightclub early on Sunday when the gunman attacked.
So-called Islamic State said it was behind the attack.
Mr Kurtulmus told reporters: “Information about the fingerprints and basic appearance of the terrorist have been found.
“The next step will be to try to identify him as quickly as we can. We hope we will not only find the terrorist but also his connections and those people who gave him support inside and outside the club,” he said.
Mr Kurtulmus confirmed eight arrests. Later in the evening special forces police backed by a helicopter launched an operation on a house in the Zeytinburnu district following a tip.
The attacker was not found. Four more arrests have been made elsewhere.
Turkish police also released new images said to be of the suspect, but without giving any more information about the time or location.
Turkish media also showed video purported to be of the suspect at an unidentified date and location where he is seen handing over identification documents to an official behind a glass window. The video cannot be independently verified.
Turkish media reports quote police sources as saying he may have been from Uzbekistan or Kyrgyzstan.
Police are investigating whether the suspect belongs to an IS cell blamed for an attack in June on Ataturk airport in Istanbul.
Mr Kurtulmus said the nightclub attack was a “message” against Turkey’s operations in Syria but that they would not be affected.
Turkey launched a military operation in August aimed at pushing back IS and Kurdish forces, with some of the most intensive recent fighting against IS around the northern town of al-Bab.
IS said in a statement that the attack was carried out by “a heroic soldier”.
It accused Turkey of shedding the blood of Muslims through “its air strikes and mortar attacks” in Syria.
Although IS has been linked to other attacks in Turkey, it has not claimed responsibility before.
Early on Sunday, the gunman arrived at the club by taxi before rushing through the entrance with a long-barrelled gun he had taken from the boot of the car.
The attacker fired randomly at people in an assault lasting seven minutes, starting with a security guard and a travel agent near the entrance. Both were killed.
The gunman is reported to have changed clothes before fleeing the chaos.
Some two-thirds of those killed were foreign, according to local media, among them citizens from Israel, Russia, France, Tunisia, Lebanon, India, Belgium, Jordan and Saudi Arabia.
The victims
The body of one of those who died has yet to be identified.
At least 69 people are being treated in hospital, officials said, with three in a serious condition.
Barman Mehmet Yilan, 36, said the gunman “stormed in and immediately headed for the people to the left, which is always more crowded… he seemed to know where to go.
“He was shooting randomly but aiming for their upper bodies. He didn’t want to just injure them. ”
The nightclub, which sits on the banks of the Bosphorus, is one of Istanbul’s most fashionable venues – popular with foreigners and often frequented by singers and sports stars.
Istanbul was already on high alert with some 17,000 police officers on duty in the city, following a string of terror attacks in recent months.
10 December: Twin bomb attack outside a football stadium in Istanbul kills 44 people, Kurdish militant group claims responsibility
20 August: Bomb attack on wedding party in Gaziantep kills at least 30 people, IS suspected
30 July: 35 Kurdish fighters try to storm a military base and are killed by the Turkish army
28 June: A gun and bomb attack on Ataturk airport in Istanbul kills 41 people, in an attack blamed on IS militants
13 March: 37 people are killed by Kurdish militants in a suicide car bombing in Ankara
17 February: 28 people die in an attack on a military convoy in Ankara