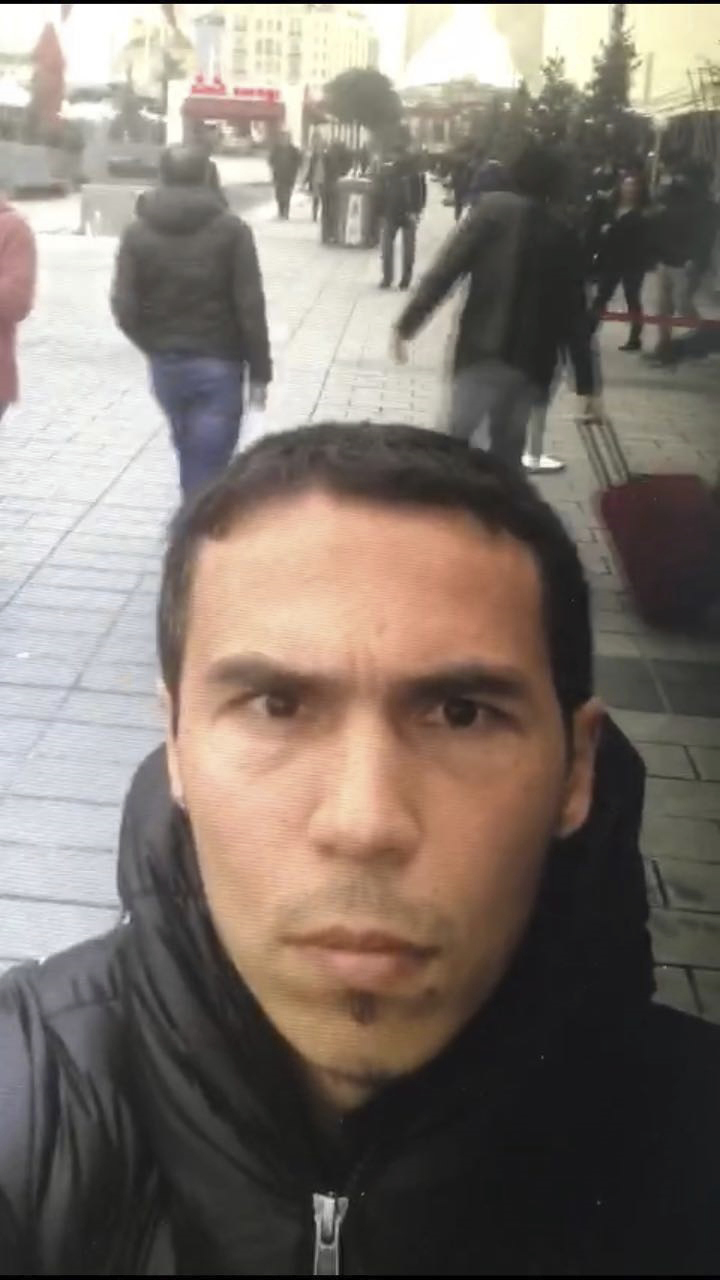 ISTANBUL (AP) — Turkish media on Tuesday ran a “selfie video” of a man they say is the gunman who killed 39 people, most of them foreigners, at an Istanbul nightclub.
The video broadcast on Turkish television shows the alleged gunman filming himself with a cellphone at Istanbul’s Taksim square. It wasn’t immediately clear if it was filmed before or after the New Year’s massacre at the Reina nightclub.
No details have been released as to why the authorities might think the man on the video is a suspect in New Year’s attack, or how the footage was obtained.
The Islamic State group claimed the attack on Monday, saying a “soldier of the caliphate” had carried out the mass shooting in response to Turkish military operations against IS in northern Syria.
The authorities said they were making progress in identifying the gunman, who is still at large, and that at least eight people have been detained in connection with the attack.
There were conflicting reports over the gunman’s identity.
Several media outlets on Monday, citing unnamed security sources, said the man was believed to be from a Central Asian nation and may have been part of the same cell that staged a June attack on Istanbul’s Ataturk Airport that killed 45 people.
Haber Turk newspaper on Tuesday said the man is thought to be a member of China’s Muslim Uighur minority. Without citing a source, the newspaper said he had arrived in the Turkish city of Konya with his wife and two children in order not to raise suspicions. His family members were detained, the newspaper said.
The nightclub assailant, armed with a long-barreled weapon, killed a policeman and a civilian in the early hours of 2017 outside the Reina club before entering and firing at some of the estimated 600 people inside. The establishment is frequented by famous locals, including singers, actors and athletes.
The mass shooting follows more than 30 violent acts that have rocked NATO member Turkey in 2016.
Turkey launched an offensive to northern Syria in August in a bid to clear a strategic border area of IS militants and contain the gains of Kurdish fighters. Turkish jets are regularly bombing IS targets in the Syrian town of al-Bab as Turkish-backed Syrian opposition force try to capture it from the extremists.
On Tuesday, the United Arab Emirates warned its citizens not to travel to Turkey following the attack, with its Foreign Ministry issuing a terse statement in Arabic to “postpone plans to travel to Turkey until further notice.”
Seven of the nightclub victims were from Saudi Arabia; three each were from Lebanon and Iraq; two each were from Tunisia, India, Morocco and Jordan. Kuwait, Canada, Israel, Syria and Russia each lost one citizen.
___
Associated Press writer Suzan Fraser contributed to this report from Ankara.
Copyright © 2017 The Washington Times, LLC.
Click to Read More
Click to Hide