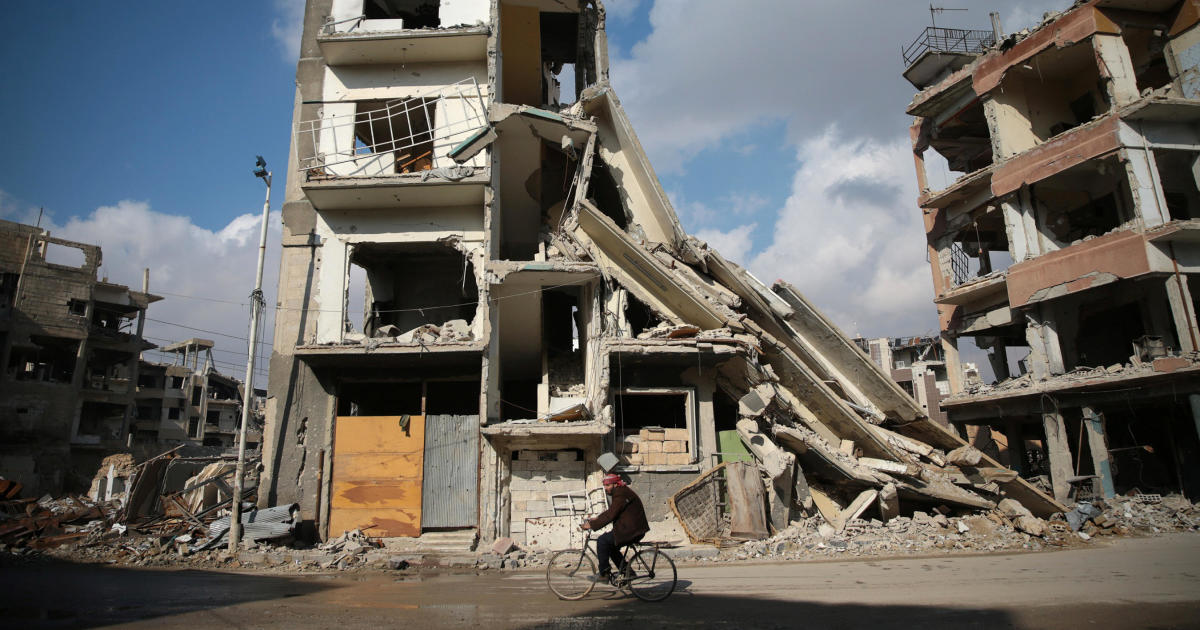 A cease-fire in Syria, brokered by Turkey and Russia, is set to take effect on Friday. Earlier truces have not held for long in the Syrian civil…
The resolution also calls for the “rapid, safe and unhindered” delivery of humanitarian aid throughout Syria. And it anticipates a meeting of the Syrian government and opposition representative in Kazakhstan’s capital Astana in late January.
The resolution’s final text dropped an endorsement of the Syria cease-fire agreement reached Thursday, simply taking note of it but welcoming and supporting Russian-Turkish efforts to end the violence. Western members of the council sought the last-minute changes to the draft resolution to clarify the U. N.’s role and the meaning of the agreement brokered by Moscow and Ankara.
There are dozens of Syrian opposition or rebel groups, and some told CBS News that they did not agree to the cease-fire, CBS News’ Holly Williams reported.
U. S. deputy ambassador Michele Sison said the Obama administration strongly supports a cease-fire and “unfettered humanitarian access,” but she expressed regret that additional documentation to the agreement with details about its implementation have not yet been made public.
Meanwhile on the ground in Syria, rebels warned on Saturday that cease-fire violations by pro-government forces threatened to undermine the two-day-old agreement intended to pave the way for talks between the government and the opposition in the new year.
Airstrikes pounded opposition-held villages and towns in the strategically-important Barada Valley outside Damascus, activists said, prompting rebels to threaten to withdraw their compliance with the nationwide truce.
Rebels also accused the government of signing a different version of the agreement to the one they signed in the Turkish capital of Ankara, further complicating the latest diplomatic efforts to bring an end to six years of war .
Nearly 50,000 people died in the conflict in 2016, according to the Britain-based Syrian Observatory for Human Rights, which maintains networks of contacts on all sides of the war. More than 13,000 of them were civilians, according to the Observatory. Various estimates have put the war’s overall toll at around 400,000 dead.
A mass exodus from Syria’s largest city Aleppo comes amid a government military offensive that recaptured large portions previously controlled by…
If the truce holds, the government and the opposition will be expected to meet for talks for the first time in nearly a year in the Kazakh capital of Astana in the second half of January. Those talks will be mediated by Russia, Turkey and Iran, though Russia’s U. N. Ambassador Vitaly Churkin has said other key players including the United States are welcome to participate.
Churkin said after Saturday’s vote that the Astana talks will be the first face-to-face negotiations between the Syrian government and opposition and he expressed hope that 2017 will see a political settlement of the conflict that has claimed over 250,000 lives.
Syrian Foreign Minister Walid Moallem and Major General Ali Mamlouk, head of the National Security Bureau, were in Tehran Saturday to discuss developments with their Iranian counterparts, according to Iranian state media. They met with Foreign Minister Mohammad Javad Zarif and Ali Shamkhani, Secretary of Iran’s Supreme National Security Council.
The Kremlin meanwhile said Russian President Vladimir Putin and Iranian President Hassan Rouhani confirmed their commitment to negotiations in Astana, in a phone conversation between the two leaders.
Iran and Russia have provided crucial military and diplomatic support to Syrian President Bashar Assad throughout the conflict, while Turkey has served as a rear base and source of supplies for the opposition.
The developments follow months of talks between Ankara and Moscow that culminated in a cease-fire agreement that went into effect Friday at midnight.
But in a statement issued by a coalition of 11 rebel factions, including the powerful Army of Islam group operating in the Damascus countryside, rebels said they could not abide by the cease-fire if the government continued its assault on Barada Valley.
The statement also complained that the government’s version of the agreement signed in Ankara last week had deleted “a number of essential and non-negotiable points.”
It said the opposition had agreed to a cease-fire encompassing the whole of Syria, without any exceptions to region or faction.
The Barada Valley Media Center said Lebanese Hezbollah militants were firing on villages and towns in the water-rich region as Russian and government aircraft carried out raids for the 10th consecutive day Saturday. The Lebanese militant group is a key ally to President Assad’s forces.
The Barada Valley is the primary source of water for the capital and its surrounding region. The government assault has coincided with a severe water shortage in Damascus since Dec. 22. Images from the valley’s Media Center indicate its Ain al-Fijeh spring and water processing facility have been destroyed in airstrikes. The government says rebels spoiled the water source with diesel fuel, forcing it to cut supplies to the capital.
60 Minutes’ Scott Pelley interviews a female White Helmet, gets a glimpse into the future of Syria’s “Miracle Baby,” and shares perspective on hi…
The Observatory reported at least two civilians and five militants have been killed in battles over opposition-held Eastern Ghouta and Barada Valley regions around Damascus, since the truce came into effect Thursday at midnight.
The Syrian military on Friday denied attacking the valley, saying it respected the Russian and Turkish brokered truce.
Meanwhile, Turkey’s state-run Anadolu news agency reported the death of an Islamic State of Iraq and Syria, or ISIS, commander in a Turkish airstrike near the north Syrian town of al-Bab on Friday.