| Print | E-mail
Sunday, 08 January 2017 11:20
Al Jazeera reveals discussions between Israeli diplomat and UK civil servant to “take down” anti-settlement politicians.
Senior members of parliament have slammed comments made by an Israeli diplomat on plans to “take down” the UK’s deputy foreign secretary over his criticism of Israel’s settlement policy in the occupied West Bank.
Emily Thornberry, the Labour Party’s shadow foreign secretary, called the statements by Shai Masot – a senior political offficer at the Israeli embassy in London – “extremely disturbing” and demanded a probe into the potential extent of political “interference” in the United Kingdom.
Masot’s comments were secretly captured on film during a six-month undercover operation by Al Jazeera’s Investigative Unit, which reveals plots by the Israeli diplomat and a British civil servant to destroy the careers of senior politicians.
“It is simply not good enough for the Foreign Office to say the matter is closed. This is a national security issue,” Thornberry said in a statement.
“The embassy official involved should be withdrawn, and the government should launch an immediate inquiry into the extent of this improper interference and demand from the Israeli government that it be brought to an end,” she said.
In the recorded conversation with Maria Strizzolo, who was then chief of staff to MP Robert Halfon, the deputy chairman of the ruling Conservative Party, Masot asked if he could give her some names of parliamentarians he would suggest she “take down”.
Masot named Deputy Foreign Minister Sir Robert Duncan, who in 2014 said while he fully supports Israel’s right to exist, he believes settlements on occupied Palestinian land represent an “ever-deepening stain on the face of the globe”.
He also likened the situation in Hebron in the occupied West Bank to apartheid.
Strizzolo later hinted that “a little scandal” might see Duncan dismissed.
At the same dinner table conversation, Masot described British Foreign Secretary Boris Johnson, Duncan’s boss, as an “idiot … without any kind of responsibilities”, while Strizzolo said he was “solid on Israel”.
Since the announcement by Al Jazeera’s Investigative Unit of its findings – and the international media coverage that followed – the Israeli embassy tweeted a response saying that Masot would be “ending his term shortly”, adding that Mark Regev, ambassador of Israel to the UK, had apologised to Duncan “and made clear that the embassy considered the remarks to be completely unacceptable”.
Al Jazeera learned on Sunday that Strizzolo had resigned from her post.
Scottish National Party MP Alex Salmond reiterated the call on Sunday for Masot’s deportation.
“Boris Johnson must right now revoke Mr. Masot’s diplomatic status and remove him from the country as would most certainly have happened had the circumstances been reversed. Perhaps then the Israeli government representatives will regard the foreign secretary as less of a fool. ”
Salmond also backed an official probe into the matter “so that we can be confident our elected officials are free to carry out their jobs to the best of their ability and without fear of having their reputation smeared by embassy officials who do not agree with their views”.
Ben White, a researcher and journalist who has written about the Israeli-Palestinian conflict, said it is not surprising that Israel would seek to influence British politicians, but he added this case was unique because it involved a secret video that has been publicised.
“We know that the Israeli foreign ministry – and also interestingly the Israeli ministry of strategic affairs, which it actually seemed that this individual [Masot] is an employee of – are very focused on fighting what they see as dangerous, powerful solidarity activism with particular focus on trying to thwart and undermine the Boycott Divest and Sanctions campaign,” said White.
The incident is just one among the Investigative Unit’s many findings, which will be revealed in a four-part series “The Lobby” that will broadcast daily on Al Jazeera from January 15 at 22:30 GMT.
The undercover investigation shows how the Israeli government is involved in a brazen, covert influence campaign in Britain.
For half a year, Robin (an alias), an undercover reporter working with Al Jazeera’s Investigative Unit, met with members of Britain’s lobby network that enjoys strong support from the Israeli government by way of the Israeli embassy in London.
Robin posed as a graduate activist with strong sympathies towards Israel who was keen to help combat the Boycott, Divestment and Sanctions movement prominent in Britain.
Shaping foreign policy agenda
Strizzolo, while advising Robin, revealed she had a strategy of manipulation to ensure Israel remains at the top of the UK’s foreign policy agenda.
“If at least you can get a small group of MPs that you know you can always rely on, when there is something coming to parliament and you know you brief them, you say: ‘you don’t have to do anything, we are going to give you the speech, we are going to give you all the information, we are going to do everything for you’,” she said.
She also advised trying to infiltrate Prime Minister’s Questions, a weekly session in which the leader of the country answers questions from MPs. The debate is televised live.
“If they already have the question to table for PMQs [Prime Minister’s Questions], it’s harder to say: ‘No, no, I won’t do it’,” she said.
Strizzolo then boasted how her own efforts once made an immediate impact on the national debate. 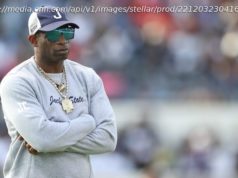 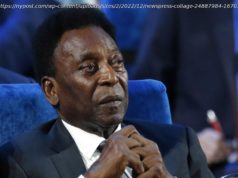 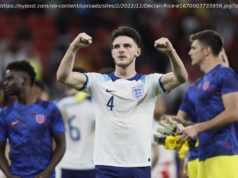