Today is Wednesday, Jan. 4, the fourth day of 2017 with 361 to follow.
The moon is waxing. Morning stars are Jupiter, Saturn and Mercury. Evening stars are Neptune, Venus, Mars and Uranus.
Those born on this date are under the sign of Capricorn. They include German folklore and fairy tale collector Jacob Grimm in 1785; French teacher of the blind Louis Braille in 1809; British shorthand writing system inventor Isaac Pitman in 1813; Charles Stratton, the midget known as Gen. Tom Thumb, a famous entertainer and protege of showman P. T. Barnum, in 1838; U. S. Sen. Everett Dirksen, R-Ill., in 1896; actor Sterling Holloway in 1905; Pro Football Hall of Fame coach and player Don Shula in 1930 (age 87); former heavyweight boxing champion Floyd Patterson in 1935; actors Barbara Rush in 1927 (age 90) and Dyan Cannon in 1937 (age 80); author Maureen Reagan (daughter of former President Ronald Reagan), in 1941; American historian and writer Doris Kearns Goodwin in 1943 (age 74); comedian Andy Borowitz in 1958 (age 59); R. E. M. lead singer Michael Stipe in 1960 (age 57); and actors Dave Foley in 1963 (age 54) and Julia Ormond in 1965 (age 52).
On this date in history:
In 1853, Solomon Northrop regains his freedom following his kidnapping and being sold into slavery. He would later write a memoir, 12 Years a Slave, which would be made into an award nominated feature film.
In 1885, Dr. William Grant of Davenport, Iowa, performed the first successful appendectomy.
In 1893, U. S. President Benjamin Harrison granted amnesty to all people who had abstained from practicing polygamy since Nov. 1, 1890. It was part of a deal for Utah to achieve statehood.
In 1896, Utah was admitted to the United States as the 45th state.
In 1935, Bob Hope made his network radio debut in the cast of “The Intimate Revue. ”
In 1936, Billboard magazine published the first pop music chart.
In 1951, Chinese and North Korean forces captured the South Korean capital of Seoul.
In 1954, a young musician who worked in a machine shop paid $4 to record two songs for his mother. His name: Elvis Presley.
In 1965, the “Great Society” is proclaimed by President Lyndon B. Johnson during his State of the Union address.
In 1975, Elizabeth Ann Seton was canonized as the first Roman Catholic saint born in America.
In 1987, Spanish guitar great Andres Segovia arrived in the United States for his final American tour. He died four months later in Madrid at the age of 94.
In 1995, the 104th U. S. Congress convened with Republicans in control in both houses for the first time since 1953.
In 2007, the 110th U. S. Congress convened, with Democrats in control of both the House of Representatives and Senate. Rep. Nancy Pelosi, D-Calif., became the first woman elected speaker of the House.
In 2010, thousands of people attended the opening of the Burj Khalifa (Burj Dubai Tower), the world’s tallest building, in the United Arab Emirates. At 2,717 feet, it’s more than twice as tall as New York City’s Empire State Building.
In 2014, the Tennessee Titans fired Coach Mike Munchak , ending his 31-year career as a player (member of the Hall of Fame and nine-time Pro Bowler) and coach with the franchise
A thought for the day: “The true test of a man’s character is what he does when no one is watching. ” — John Wooden 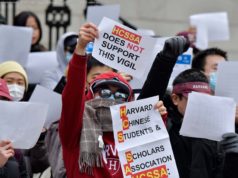 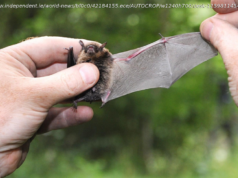 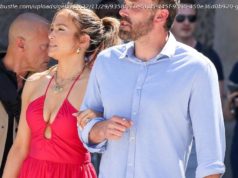 Ben Inscribed 3 Words On J. Lo's Engagement Ring (& They're Not What You Think)