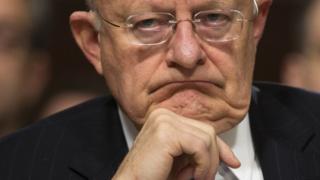 The chairman of the Senate Armed Services Committee has said “every American should be alarmed” by Russian interference in the US election.
“This committee meets today for the first time… in the aftermath of an unprecedented attack on our democracy,'” said Senator John McCain.
Intelligence agencies say the Kremlin ordered the hack of Democratic emails.
Russia has denied involvement but the US has announced sanctions against Russian officials.
Top US intelligence officials are giving testimony to the Senate committee investigating the alleged interference.
In their assessment, Moscow interfered to help Republican Donald Trump win against Democrat Hillary Clinton.
A report on foreign meddling in US elections was given to President Barack Obama on Thursday.
President-elect Mr Trump is to be briefed on the report on Friday and an unclassified version will be made public next week.
In joint testimony prepared for the hearing, officials said Russia had an advanced cyber programme that posed a major threat to a wide range of US interests.
“Russia is a full-scope cyber actor that poses a major threat to US government, military, diplomatic, commercial and critical infrastructure,” the testimony said.
It was written by James Clapper, the Director of National Intelligence, Marcel Lettre, Undersecretary of Defense for intelligence, and Admiral Michael Rogers, director of the National Security Agency.
Trump backs Julian Assange over Russia hacking claim
Russian diplomats expelled from US
Can US election hack be traced to Russia?
Senator McCain, in opening the session, reminded the panel that they were not there to “question the outcome of the presidential election”.
“We cannot say they did not change any vote tallies or anything of that sort,” Mr Clapper said about the Russian intelligence operation.
“We have no way of gauging the impact… that it had on the choices the electorate made. ”
Asked by Senator McCain about whether it was “an act of war” Mr Clapper expressed his view that “that is a very heavy policy call that I don’t think the intelligence community should make”.
Mr Trump has repeatedly rejected allegations that the Russian government hacked into the computers of John Podesta, Hillary Clinton’s campaign manager, and the servers of the Democratic National Committee.
On Thursday, he said he was a “big fan” of intelligence agencies, after months of casting doubt on the Russian link.
Last week he said he would announce information about hacking “on Tuesday or Wednesday”, however no announcement came.
The Department of Homeland Security in late December released a declassified report to bolster accusations that the Russian government deliberately sought to aid the New York real estate mogul’s candidacy.
The Obama administration also expelled 35 Russian diplomats from the US and closed two compounds said to be used by Russian intelligence.
President Obama will also get a classified briefing into the alleged hack and any other foreign interference into the election. 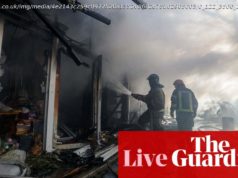 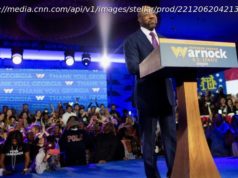 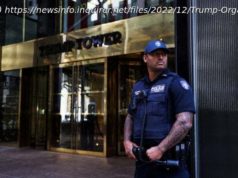