Phone companies led the major U. S. stock indexes higher in morning trading Tuesday, as the market recouped some of its losses from the day before. Industrial and bank stocks also rose, while real estate companies were the biggest laggard. Crude oil prices headed lower, pulling down energy stocks.
KEEPING SCORE: The Dow Jones industrial average rose 55 points, or 0.3 percent, to 19,942 as of 11:15 a.m. Eastern Time. The Standard & Poor’s 500 index added 6 points, or 0.3 percent, to 2,275. The Nasdaq composite index gained 23 points, or 0.4 percent, to 5,555. The Nasdaq closed at an all-time high on Monday.
IN THE GENES: Illumina jumped 15.6 percent after it reported better-than-anticipated fourth quarter sales. The company also launched a new genetic sequencing system called NovaSeq. The stock led the gainers in the S&P 500, adding $22.08 to $163.62.
BIG SALE: Struggling drugmaker Valeant Pharmaceuticals climbed 6.7 percent after saying it will sell more than $2 billion in assets. The stock rose $1.04 to $16.39.
HEALTHIER OUTLOOK: Zimmer Biomet added 5.7 percent after the medical device maker projected better-than-expected fourth-quarter sales. The stock rose $6.05 to $113.10.
BANK DEAL: Pacific Continental vaulted 25.5 percent on news that the holding company for Pacific Continental Bank will be bought by Columbia Banking System for $664 million. Pacific Continental shares added $5.30 to $26.10. Columbia shares slid 97 cents, or 2.3 percent, to $42.33.
HIGH FLYER: Alaska Air Group rose 5.2 percent after the airline, which bought Virgin America in December, reported strong monthly results. The stock gained $4.47 to $91.95.
IN TRANSITION: Yahoo rose 2.1 percent after the internet pioneer said it plans to change its name to Altaba and announced that six of its 11 directors will resign from the board, including CEO Marissa Mayer and co-founder David Filo. The moves assume the sale of Yahoo’s internet business to Verizon will go through and reflect how the rest of Yahoo will become a holding company for investments in Alibaba Group and Yahoo Japan. Yahoo shares gained 87 cents to $42.21.
BAH HUMBUG: Ascena Retail Group slid 8.7 percent after the company slashed its profit forecast, citing holiday season sales, which fell for most of its brands, including Ann Taylor, Lane Bryant and Dressbarn. The stock lost 52 cents to $5.49.
BIG DECLINER: Natural gas company Williams Cos. was down the most among stocks in the S&P 500 index, sliding $3.13, or 9.8 percent, to $28.80.
MARKETS OVERSEAS: In Europe, Germany’s DAX was up 0.2 percent, while the CAC40 of France was 0.1 percent higher. Britain’s FTSE 100 was up 0.5 percent, pushing further into record territory as it benefits from a drop in the pound. In Asia, Japan’s Nikkei 225 index dropped 0.8 percent, while the Kospi in South Korea slipped 0.2 percent. Hong Kong’s Hang Seng added 0.8 percent.
ENERGY: U. S. benchmark crude oil was down 49 cents at $51.47 a barrel in New York. Brent crude, which is used to price oil sold internationally, was down 84 cents, or 1.5 percent, at $54.11 a barrel in London.
BONDS: Bond prices were little changed. The yield on the 10-year Treasury note held steady at 2.37 percent.
CURRENCIES: The pound rose to $1.2183 from $1.2163 amid signs the British government may opt for a full break away from the European Union’s single market. The dollar fell to 115.44 yen from 116.06 in late trading Monday. The euro rose to $1.0589 from $1.0577. 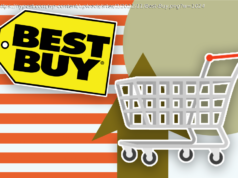 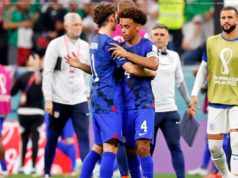 USMNT earns point, and some massive respect, in 0-0 draw with England at World Cup | Opinion 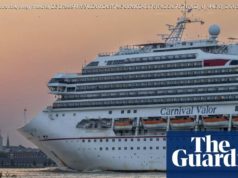