Few among rock and soul’s elder statesmen have been as uncompromising and creatively prolific as Van Morrison. The Belfast-born singer-songwriter has taken sabbaticals in his career, but always bounced back with a new outlook or direction for his iconoclastic, organic and often transcendent music. Morrison released his latest album, Keep Me Singing , in September to critical acclaim and a No. 9 debut on Billboard ’s album chart. He returns to the U. S. for five shows this month, including two in Las Vegas, after a year that started with his being knighted by Prince Charles before performing a steady stream of dates in the U. S. and U. K.
Morrison ended most of those shows with “Gloria,” the 1964 classic he wrote as the singer for Them, but that’s been the only consistent aspect of his marathon concerts. A 40-song repertoire enables him to frequently switch up set lists, which this fall often included songs from Keep Me Singing such as “The Pen Is Mightier than the Sword,” “Memory Lane” and the title track. It doesn’t take much motivation to keep Sir Van Morrison singing, though. As he told the Prince of Wales in February, he’s far from ready to retire. His voice is still a force of nature, having lost none of its Northern Irish soul power as it graciously ages.
While Morrison prefers that fans and critics pay attention to his most recent original work, he’s well into an appreciation phase of his career. Last year, he revisited his songs with artists such as George Benson, Michael Bublé and Steve Winwood for the album Duets: Re-working the Catalogue. A collection of his lyrics, Lit Up Inside , was published (by City Lights Books in the U. S.) in 2014. “You put your own meaning on it, don’t you? I mean, that’s what it’s about,” he told an interviewer in a promotional film for the book. “It’s different things to different people, and it could mean stuff to me later on that I didn’t mean in the beginning. And when I perform them, they’re changing all the time. They have different meanings when they’re done live.”
That’s apparent to fans who heard Morrison’s latest live renditions of songs such as “Someone Like You” or “Have I Told You Lately,” or the recently remastered version of his 1974 live album It’s Too Late to Stop Now. He’s a restless spirit, always searching for the transcendental moment in music that he first found as a boy discovering his father’s extensive, eclectic record collection. Morrison was a professional musician long before he scored hits such as “Here Comes the Night” and “Baby Please Don’t Go” with Them, and followed his own muse through 36 studio albums since debuting as a solo artist with his meditative 1968 classic album Astral Weeks.
He may have a reputation for being mercurial, but reviews of recent U. K. shows have been glowing. Manchester Evening News compared his voice to a fine Bordeaux, while the Nottingham Post praised him for overcoming an apparent cold to sing with “explosions of primal power.” Performing, said Morrison in the Lit Up Inside interview, is acting. “It’s a bit like if you’re in a theater and somebody’s doing a play. So what I’m doing is basically a form of psychodrama, but actually through music.”
Caesars Palace, 8 p.m. Jan. 13-14, $56.50-$257 plus tax and fee. 866.320.9763 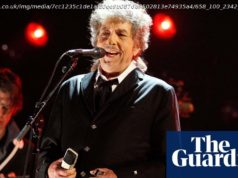 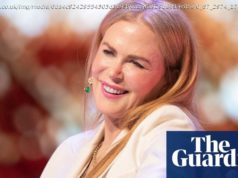 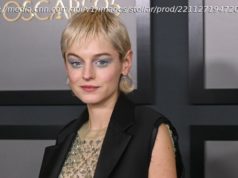