2016: As the hardware world turns Soon, the ball will drop in Times Square, someone will realize you can turn ‘2018’ into a pair of novelty sunglasses, and the forgotten mumbled lyrics of Auld Lang Syne will echo through New Year’s Eve parties. It’s time once again to recount the last 366 days, and what a year it’s been. Arduino got into an argument with Arduino and Arduino won. We got new Raspberry Pis. Video cards are finally getting to the point where VR is practical. The FCC inadvertently killed security in home routers before fixing the problem. All of this is small potatoes and really doesn’t capture the essence of 2016. Hackaday
Battered Toshiba out of easy options to plug nuclear hole Faced with the prospect of a multi-billion-dollar writedown that could wipe out its shareholders’ equity, Japan’s Toshiba is running out of fixes: it is burning cash, cannot issue shares and has few easy assets left to sell. The Tokyo-based conglomerate, which is still recovering from a $1.3 billion accounting scandal in 2015, dismayed investors and lenders again this week by announcing that cost overruns at a U. S. nuclear business bought only last year meant it could now face a crippling charge against profit. Reuters
Deprecated: The Ars 2017 tech company deathwatch Welcome (almost) to 2017. If you’re reading this, the Seventh Seal has not yet been broken, the cybers have not all fallen over, and you apparently have not been consigned to the kids’ table by a disagreement with relatives about which bowl game to watch. Hooray for minor victories. That means it’s time for us to look forward to the year ahead and select the companies and technologies least likely to see its end. Ars Technica
Defending the digital future: 2016 in review The year started with fireworks: John Legere, CEO of T-Mobile, became furious when an explosive EFF investigation revealed that T-Mobile was throttling video content for many of its customers, potentially violating net neutrality rules. Legere released a colorful selfie video demanding to know who EFF was — and our community responded in force, inundating the tech CEO with countless tweets and messages explaining why people worldwide were proud to count themselves as friends of EFF. The EFF
Let’s raise a glass to the many tech pioneers who died in 2016 In technology, you’re always “standing on the shoulders” of those who came before you — and together, each individual’s contribution becomes part of a larger ongoing story. So as this year finally winds to a close, click through to see our list of some of the pioneers who left us in 2016. And feel free to share any memories and reflections of your own in the comments. Slashdot
Postal, the legendarily violent video game by Running With Scissors, is now open source Video game developer Running With Scissors has announced that it is open sourcing the original version of its most popular title-Postal, which was released back in 1997. 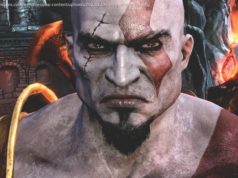 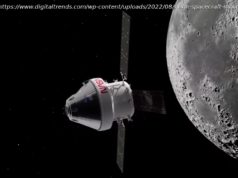 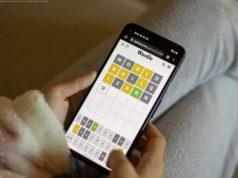