January 15, 2017
— A version of this post ran on the AS/COA site. The views expressed are the author’s own.
From a US presidential candidate’s controversial visit to Mexico City in August 2016 to the Central Bank’s attempts to stop the free fall of the peso, Mexico has been trying to figure out how to prepare itself for a Trump presidency. In fact, it’s been a veritable round of “he said/he said,” as Donald Trump repeatedly insists that Mexico will pay for a border wall and President Enrique Peña Nieto repeatedly insists that it won’t.
The same thing happened again on Jan. 11, during Mr. Trump’s first – and possibly his only – press conference as US president-elect, when he said, “Mexico in some form, and there are many different forms, will reimburse us… for the cost of the wall.”
In remarks a few hours later, Mr. Peña Nieto said that Mexico will not do so , nor will it “accept anything that goes against our dignity as a country.” He went on to outline specific areas that he said would be a part of future negotiations with a Trump administration: arms trafficking, immigration, border infrastructure investment, remittances, and trade.
These are the areas covered in Peña Nieto’s speech, as well as the issues underlying each one.
Lax gun-control laws in the US Southwest lead to a relentless flow of illicit weapons into Mexico, fueling the country’s violent drug war. From 2009 to 2014, Mexico traced more than 73,500 illegal firearms – about 70 percent of those seized – back to the United States, per a 2016 US Government Accountability Office report. Given Mexico’s more restrictive gun laws , Mexican officials have repeatedly called on Washington to help stop gun trafficking, and the government of former Mexican President Felipe Calderón went so far as to place a billboard made of crushed guns near the border proclaiming, “No more weapons.”
The 2004 expiration of the US assault weapons ban is of particular concern for Mexico; nearly one in five weapons seized at Mexican crime scenes is an assault weapon smuggled from the United States, according to a 2016 letter from US Congressman Eliot L. Engel [D] of New York.
Trump made undocumented immigration and promises of mass deportations a central campaign point. However, Peña Nieto noted that his country faces the burden of being a crossing point for migrants from around the world trying to make it to the United States, citing as an example the presence of some 4,500 Haitian refugees currently in Mexico. Additionally, in the first seven months of 2016 alone, nearly 8,000 Africans and Asians presented themselves to Mexican immigration authorities – a rate nearly four times the figure for all of 2014.
In recent years, Mexico has also played a direct role , with US backing, to stem the flow of Central Americans fleeing violence in their own countries and heading to the United States. Mexico deported roughly 150,000 migrants from El Salvador, Guatemala, and Honduras in 2015, which marks a 44 percent increase over the prior year, according to Pew Research.
Modernizing the US-Mexico border has been a top priority of the bilateral High Level Economic Dialogue. While discussion of a border wall has much to do with security, billions of dollars worth of goods and millions of people cross the US-Mexican border each year, despite often having to suffer through long wait times.
There’s plenty of speculation about how Trump could make good on his promise to make Mexico pay – or reimburse US taxpayers – for a wall, one concern being whether he would seize or tax the money Mexican immigrants send home. While there are questions about how this could legally take place, it’s no idle threat given that Mexicans sent $25 billion home in 2015 and that remittances exceed the value of the country’s oil exports. In November, when Trump won the US election, remittance rates to Mexico saw their biggest spike in over a decade, hitting nearly $2.4 billion – up almost a quarter compared with a year earlier.
Since the 1994 implementation of the North American Free Trade Agreement (NAFTA), bilateral US-Mexico trade has more than quintupled. While Trump has threatened to pull the United States out of NAFTA, Mexican officials have said they would be open to modernizing, but not renegotiating, aspects of it. In Wednesday’s speech, Peña Nieto not only called for securing investment and trade with Canada and the United States, but also alluded to Trump’s Twitter threats of automakers with US investments, saying , “We reject any intent to influence investment decisions through fear or threats.”
The president also suggested that Mexico, which sends roughly 80 percent of its exports to the United States, would look to deepen trade relations with other countries, including Latin American economies such as Argentina and Brazil, by forging ties with Asia via the G20 and the Pacific Alliance, and by prioritizing a trade deal with the European Union.
Carin Zissis is editor-in-chief of AS/COA Online, the website of the Americas Society and Council of the Americas. 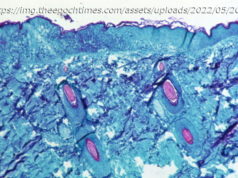 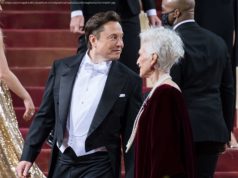 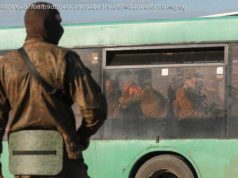