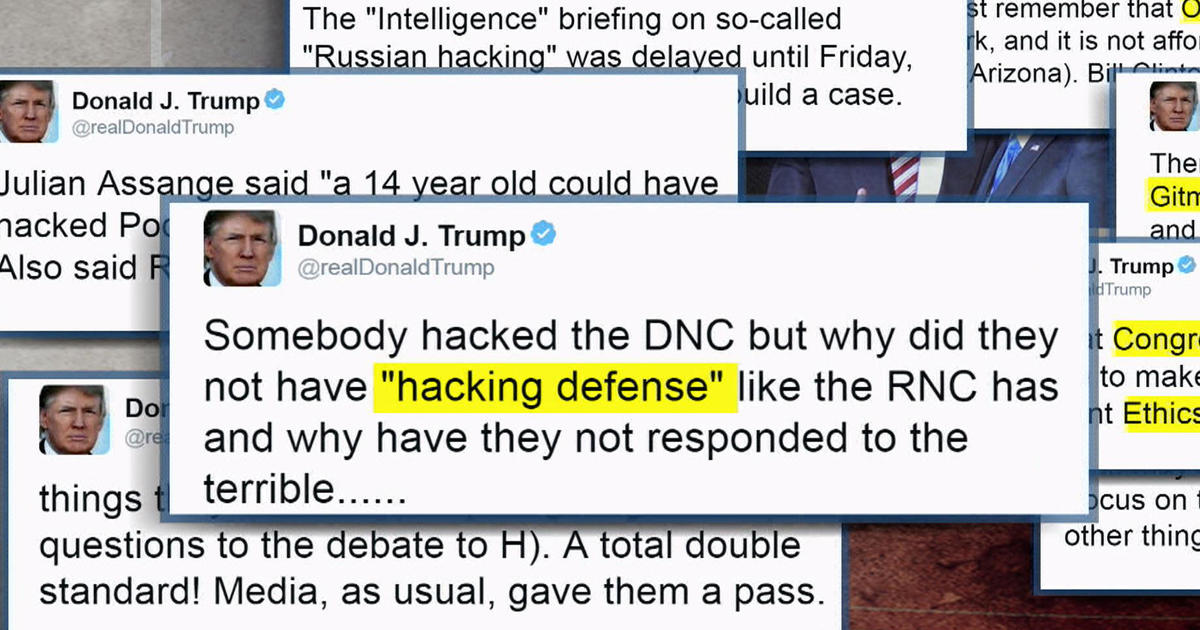 WASHINGTON — Just this week, President-elect Donald Trump has tackled not only Russian hacking but House ethics, Guantanamo, Obamacare, crime and the auto industry through tweets.
On Monday, he had this this message about North Korea for China:
China has been taking out massive amounts of money & wealth from the U. S. in totally one-sided trade, but won’t help with North Korea. Nice!
That prompted a response from China’s state news agency: “Twitter shouldn’t become an instrument of foreign policy. Foreign policy isn’t child’s play,” it said.
But Twitter has proven to be an important tool for Trump; A modern way of talking directly to the people.
Trump says his social media power key to victory
Like Franklin Roosevelt did through radio and John F.