The next cue for China’s battered yuan may come from U. S. President-elect Donald Trump ‘s press conference on Wednesday as the market looks for more clarity on trade policy.
The mainland’s currency has recently become a source of political tension with the U. S., with President-elect Trump vowing during his campaign to label the country a currency manipulator for the purposes of a competitive trade advantage and threatening to impose a tariff of as much as 45 percent on China’s exports to the U. S.
Trump has said that he will hold a press conference on January 11, his first since July. A previously scheduled press conference in December was cancelled. He is widely expected to be asked about trade issues and analysts have pointed to a higher level of uncertainty than would usually be seen in a U. S. administration change.
In the wake of the surprise Trump win, the yuan fell to nearly eight year lows against the dollar, touching its weakest since at least January 2009, during the global financial crisis. But analysts attributed the slide primarily to the strength of the dollar, with the dollar index , which measures the greenback against a basket of currencies, surging to a 14-year high after the election.
Indeed, some analysts had noted that, based on currency movements within the yuan’s trade-weighted basket, policymakers appeared to be supporting the Chinese currency somewhat.
The past week has been a turbulent one for the Chinese currency, which first weakened against, then unexpectedly climbed, squeezing short sellers, before retracing gains.
Many analysts viewed the currency’s surprise bump higher as just a hiccup as it moves toward further, mild depreciation as the dollar strengthens and mainland policymakers aim for yuan stability against the trade-weighted basket.
But analysts pointed to risks from Trump’s potential policy tilt.
“A more protectionist tilt in U. S. trade policy could trigger a trade war. This in turn could result in bigger-than-expected renminbi depreciation,” Sim Moh Siong, senior currency strategist at Bank of Singapore, said in a note on Tuesday.
“Increased protectionism is not our base case. But the risk of it occurring is meaningful,” Sim said.
In a report last week, the Bank of Singapore noted that starting a trade war risked a global recession, especially as China “is not a good candidate to be bullied. ”
Sim estimated the dollar/yuan pair would rise to 7.20 by the end of 2017, compared with the pair trading around 6.9238 in onshore trade on Tuesday.
Others also noted the possibility the yuan could tumble based on Trump’s comments at the press conference.
“It is certainly susceptible to weakness if a hard line is taken,” noted Patrick Bennett, a foreign exchange strategist at CIBC, on Tuesday.
He pointed to the yuan’s drop since Trump’s election win as “moving counter to the wishes or theme of the Trump policy,” which complained that the renminbi was being manipulated lower.
Bennett attributed the yuan’s decline to the dollar’s rise on the likely market impact of Trump’s domestic policies, adding that he expected the renminbi would continue to lose ground against the greenback amid capital outflows from the mainland.
But he also said he didn’t think Trump would take too hard a line.
“Heightened protectionism would be no good for anyone,” he said.
However, there have been signs that Trump may not be softening his rhetoric.
On January 2, Trump indicated in a tweet that he remained concerned over China’s policies, saying “China has been taking out massive amounts of money & wealth from the U. S. in totally one-sided trade. ”
Other analysts have taken the threat of protectionism more seriously.
“The biggest macro and market downside risks from a Trump presidency arguably derive from his trade agenda – such as his pledges to withdraw from the Trans-pacific Partnership, declare China a currency manipulator and lift tariffs. A new era of protectionism would be negative for the global economy,” Jeremy Lawson, chief economist at Standard Life Investments, said in an email note dated Wednesday.
“We believe the most likely scenario is that heightened rhetoric is used to secure better access to foreign markets for U. S. companies and incentives to keep production at home,” he added. “However, the views of Trump’s nominees for key trade policy roles in his administration shows that there is a significant risk that Trump means what he says. ”
Trump has said he intended to nominate lawyer Robert Lighthizer as U. S. trade representative. A proponent of a tough U. S. position on China, Lighthizer has negotiated restrictions on steel imports and was deputy U. S. trade representative in the Reagan administration.
Lighthizer’s positions were similar to Trump’s pick to head the newly created National Trade Council, Peter Navarro, author of the book “Death by China. ”
Follow CNBC International on Twitter and Facebook. 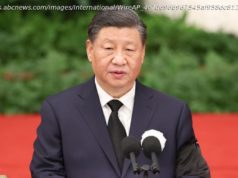 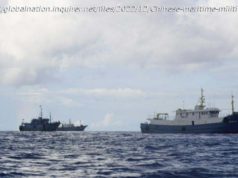 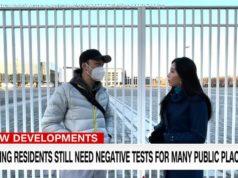