If investing is a game of managing expectations, then count Wells Fargo a winner.
The bank that perhaps has supplanted Goldman Sachs as the most vilified name in finance posted earnings Friday that on the surface looked lousy — subpar earnings per share, revenue that also missed Wall Street expectations by quite a bit, and internals that were at best mixed.
Investors, though, stood up and cheered.
After sliding lower in electronic trading ahead of the opening bell, Wells Fargo popped. Shares were up as much as 2.6 percent in the first hour of trading.
Wells was the beneficiary of a broad rally in bank stocks that came as JPMorgan Chase and Bank of America both beat estimates. However, Wells was an outperformer, with its gains coming against a rise of about 1.6 percent in the KBW Nasdaq Bank Index through the first hour of trading.
Analysts dug beyond into the numbers and found that the quarter wasn’t so bad after all. At a time when Wall Street was bracing for what might lie ahead for Wells Fargo, the end results showed that there could be some reason for optimism.
“The quarter was noisy but we believe investors are looking past the noise and looking to the margin improvement which should drive shares higher,” analyst Brian Kleinhanzl at Keefe, Bruyette & Woods said in a note to clients.
The numbers come as Wells Fargo seeks to repair steep damage to its reputation as the result of a scandal that came to light in September.
Workers trying to meet aggressive sales goals created some 2 million bogus accounts. Regulators slapped the banks with $185 million in fines, Congress convened investigative hearings, and CEO John Stumpf had to step down. In the meantime, the bank also failed its “living well” test for how it would be unwound in case of a crisis.
The most recent results were the first full quarter since the scandal transpired.
Profit came in at 96 cents a share, below expectations of $1 thanks to ineffective hedging and lower trading results. Net interest income offset some of the weakness, while mortgage originations were solid and loan growth came in around expectations.
Piper Jaffray analysts actually called for Wells Fargo’s share price to rise Friday even as premarket trading pointed to a down day.
“Considering the operating number was slightly above the street and (net interest margin) came in better than expected, we expect the stock to slightly outperform peers today,” analyst Kevin J. Barker said in a note.
Whether the good feelings last is another question.
Bank stocks have been on a tear since the November election on hopes for higher interest rates, stronger economic growth and a less stringent regulatory landscape.
However, Wells faces some unique problems. The bank recently outlined for investors a new compensation system for its sales staff that some worry will dent the company’s business model. And the ghost of the cross-selling activities will remain indefinitely.
“The biggest problem is they’re going to have to change the functionality of the operating business in a fashion that lowers the profitability of the bank,” Dick Bove, vice president of equity research at Rafferty Capital Markets, said in an interview before Friday’s earnings report. “There has been a fundamental change which will lower their secular earnings growth. ”
Bove has a sell rating on the bank, the only such designation for any of the 35 institutions he covers.
“They had created a level of efficiency in that system which was really remarkable,” he said. “You made the basic, fundamental change in the way the company is going to do business. The result is to reduce business and increase the cost of new business. That’s not a short-term event that goes away. That is a long-term existing problem. “ 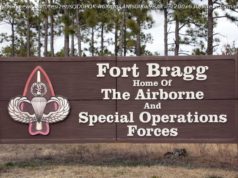 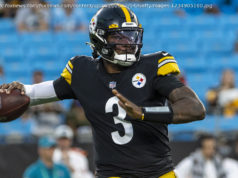 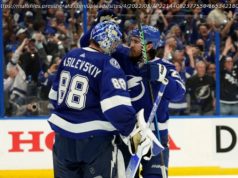