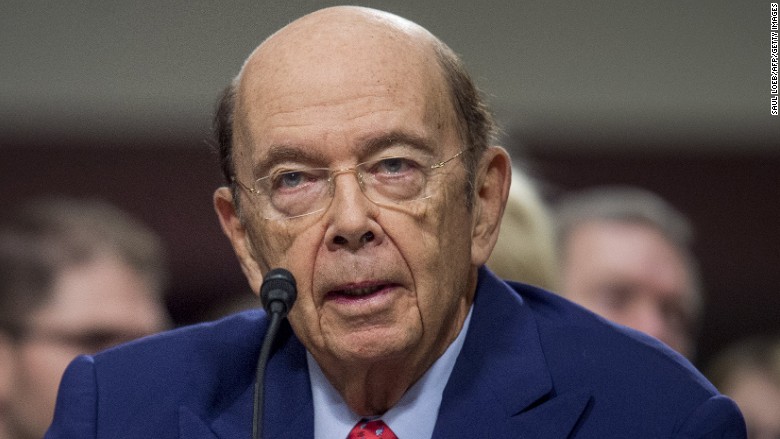 Specifically, Ross pointed the finger at China, whom he called “the most protectionist country of very large countries. ”
Ross’s comments come after China’s President Xi Jinping sought to cast himself as a fierce defender of free trade. “Whether you like it or not, the global economy is the big ocean you cannot escape from,” Xi said in a speech on Tuesday at the World Economic Forum in Davos. “No one is a winner in a trade war. ”
In fact, Ross’s comments seemed directly aimed at China when he said: “It’s one thing to talk about free trade. We would like to have our trading partners also practice free trade. ”
Related: U. S. businesses in China aren’t buying Xi’s free trade stance
Ross, who made a fortune as a turnaround artist that resurrected dying manufacturing businesses, said the U. S. should provide access to its vast market to “nations who agree to play by our standards of fair trade. ”
But countries that don’t “play by the rules” should “get punished — and severely,” he said.
Trump has suggested tariffs as one way to retaliate and Ross seems to support that option. He said tariffs “play a role both as a negotiating tool and, if necessary, to punish offenders who don’t play by the rules. ”
But Ross didn’t give a full-throated endorsement of Trump’s threat of a 35% tariff on auto makers and other companies that move jobs abroad.
Asked if he’d oppose a 35% tariff, Ross said, “It’s a complicated issue whether you should have one flat tariff on everything or whether it should be more tailored. ”
Many have warned that Trump tariffs risk a trade war. That’s what happened during the Great Depression after the U. S. raised tariffs on thousands of goods with the Smoot-Hawley Act.