Despite China ‘s efforts to curb capital outflows, the country “will keep bleeding money,” a foreign exchange strategist said Tuesday.
The world’s second largest economy was expected to release foreign-exchange reserves data for January on Tuesday.
Economists polled by Reuters said China’s FX reserves likely fell about $10.5 billion in January, roughly a quarter of the drop seen in December, leaving them hovering around the closely-watched $3 trillion level.
UBS’ foreign exchange strategist Wayne Gordon said China’s foreign exchange reserves will likely fall to $2.7 to $2.8 trillion by the end of the year, with USD/CNY reaching 7.2.
The Chinese currency has been under pressure in the last year as Chinese conglomerates snap up U. S. and European companies, while Chinese individuals purchase U. S. real estate amid political uncertainties and expectations of a weaker yuan.
The USD/CNY fix was little changed at 6.8604 on Tuesday from 6.8606 on Monday. On the spot market, the pair is up 4.4 percent from a year ago.
President Donald Trump pledged to label China a “currency manipulator” during his campaign trail, although he has not yet done so.
Gordon said he expected Trump will likely utter the words eventually just as he and his administration had been calling out on Japan and Germany , but the move is unlikely to prompt China to change its current strategy.
“If you have a weaker currency , things that are more exogenous to just the politics of exchange rates begin to work a bit more in favour of (certain outcomes), for example capital flows out of China, which is really what’s putting a lot of pressure on the yuan over the last year or so,” he told CNBC’s ” Street Signs. ”
China is working hard to support its currency, selling U. S. Treasurys at a record pace and putting in tighter regulations to control capital outflows. The measures are likely not enough to support the leakages, he added.
Analysts expect downward pressure on the Chinese yuan to resume if the U. S. continues to hike interest rates, as it will likely trigger fresh capital outflows from emerging economies.
China reported that its foreign exchange reserves fell for a sixth straight month in December, declining by $41 billion for the month, to $3.011 trillion, the lowest since early 2011. At their peak, reserves reached around $3.99 trillion in mid-2014.
Follow CNBC International on Twitter and Facebook . 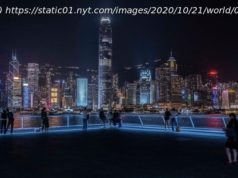 As China Clamps Down, Activists Flee Hong Kong for Refuge in the West 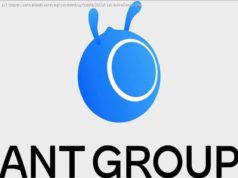 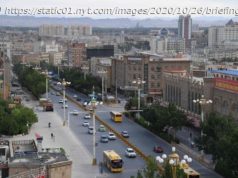