New Chinese Super League recruits Carlos Tevez and Oscar get the chance to repay at least part of their massive salaries when they make their debuts in the 2017 Asian Champions League playoffs.
Shanghai SIPG and Shanghai Shenhua must win their home games on Tuesday and Wednesday, against Sukhothai of Thailand and Australia’s Brisbane Roar respectively, to move into the group stage of Asia’s premier club competition, which kicks off on Feb. 22.
With the 2017 Chinese Super League season not due to start til next month, this will be the first time the country’s clubs have been in action at home since going on a spending spree during the off-season.
As well as Oscar, signed from Chelsea in January for around $60 million, SIPG also has fellow Brazilian international Hulk, after buying the striker from Zenit St. Petersburg for a similar amount in June 2016.
Sukhothai faces a tough challenge. With a player budget reportedly 68 times small than Shanghai’s, the Thai team only arrived in Shanghai less than 36 hours before kick-off after having problems getting visas.
“Shanghai is a strong team and have great players with World Cup experience,” said chairman Somsak Thepsuthin. “We are a club from Thailand but to play this level of opponent is a great chance for us, regardless of what happens. We have to give everything and perhaps there will be a surprise. ”
The players have been promised a sizable bonus if they beat Shanghai but Somsak said they already have enough motivation. “It is about the chance to create history and bring glory to Thai soccer and the country,” he said.
Now led by former Chelsea and Tottenham Hotspur coach Andre Villas-Boas, Shanghai SIPG reached the quarterfinal of the Asian Champions League in its debut appearance in 2016, losing 5-0 to eventual champion Jeonbuk Motors of South Korea. The loss contributed to Sven Goran Eriksson leaving the club at the end of the season.
City rival Shanghai Shenhua is coached by former Chelsea midfielder Gustavo Poyet. The Blues defeated Sydney United, a semi-professional Australian club in a warm-up for the clash with Brisbane, with Tevez scoring a spectacular goal.
“We are looking forward to the challenge of playing in Asia,” said Poyet. “Brisbane will be a tough opponent and we will have to be prepared in order to get the right result. ”
The Blues have appeared in the tournament on five previous occasions but progressed past the group stage just once, in 2006.
In the eastern zone’s two other playoffs, South Korea’s Ulsan Horangi faces Kitchee of Hong Kong.
Ulsan was added to the tournament after defending champion Jeonbuk Motors was ejected after being found guilty of bribing referees in 2013. Jeonbuk’s appeal to be reinstated was rejected by the Court of Arbitration for Sport on Feb 3.
Elsewhere, Malaysian champion Johor Darul Ta’zim takes on Gamba Osaka in Japan. 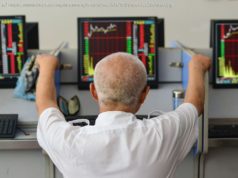 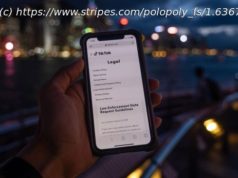 U. S.-China rivalry widens from trade to everything, including TikTok 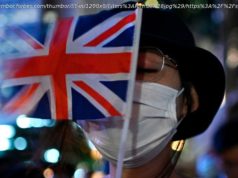