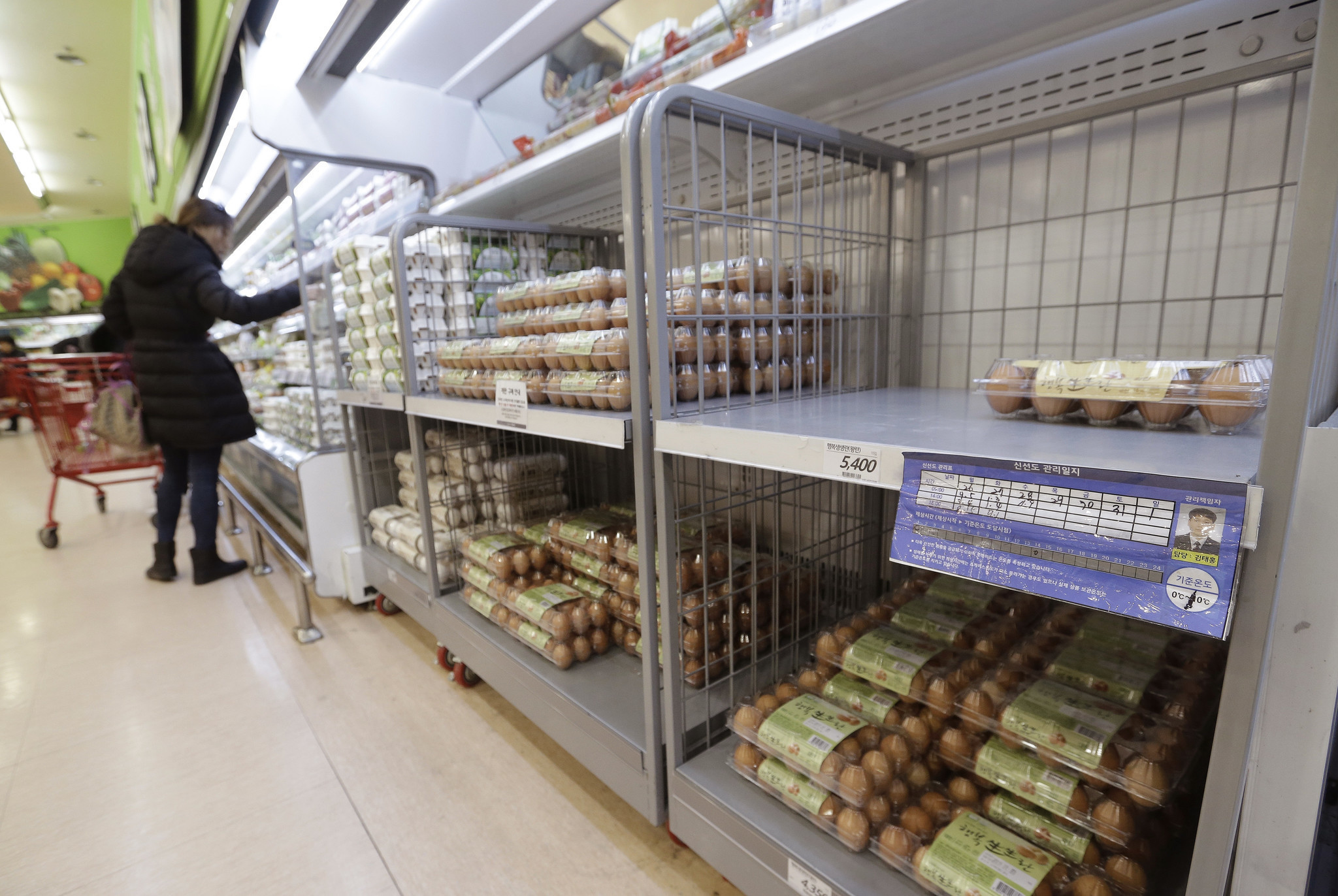 The first alarm about a potential avian flu infestation at the poultry farm came from suspicious workers at a nearby taxi company in late December.
Health workers showed up almost immediately. Confirming the worst, they ordered Yang Byeong-hak, a farmer in a southwestern province, to cull roughly 12,000 ducks within a day.
They were his entire stock.
Yang dug a massive hole, lined it with vinyl and chemicals and buried the dead birds. Then all the other poultry farmers in a 3-kilometer radius — his neighbors and colleagues in the industry — were forced to do the same, he said.
“People have looked at me disapprovingly, and at first I was sorry, but also angry and resentful,” said Yang, a poultry farmer for more than a decade in South Jeolla province. “I have wanted to blame someone.”
Yang has for now focused his disappointment toward the South Korean government, which is reacting aggressively to a highly pathogenic avian influenza strain that has devastated the poultry industry here.
Recognizing the crisis and its potential impact on consumers, South Korea has agreed to allow eggs to be imported from the United States, Australia and New Zealand. Other countries might soon be invited to help too. The government has reduced tariffs and agreed to subsidize part of the cost of shipment.
Last week, about 200 tons — millions of eggs — arrived from the United States in carefully packed boxes on commercial airlines, just in time for Lunar New Year, when South Korean families come together to celebrate with home-cooked meals.
The imported eggs are expected to be the first of many from the United States under a temporary agreement between the countries, which already have a trade deal that includes eggs known as the U. S. Korea Free Trade Agreement, or KORUS. President Trump has criticized it as a “job-killing deal.”
In this case, the Korean government has waived KORUS tariffs on eggs and agreed to subsidize part of the freight costs, making the prices profitable for importers and cheap enough for consumers.
South Korea is no stranger to avian influenza, but this year’s outbreak has been its worst, thanks in part to a new strain.
And the nation’s egg consumers have noticed. Bakeries in some cases have fewer eggs than needed, and large supermarkets have been limiting customers’ purchases. The shortage has driven up prices by as much as 50% on average since December, according to a study by local analysts with the U. S. Department of Agriculture.
By late December, at least 20 million birds — perhaps more than 10% of the country’s poultry stock of chickens and ducks — have been culled because of the flu. The figures continue to grow.
“The viruses before were not this severe,” said Kim Jae-hong with the Korean Poultry Assn. “The poultry farms were thoroughly disinfected but could not withstand the virus and are continuing to experience losses.”
The government has declared the situation “serious” — the highest alert on the country’s health scale, according to American agriculture officials, who are monitoring the situation closely.