The Patriots have the biggest comeback in Super Bowl history. Cue the debate on whether it translates into the greatest dynasty in the NFL, and maybe where New England ranks among dominant pro sports franchises.
Perhaps the discussion hinges on the record-setting duo of quarterback Tom Brady and coach Bill Belichick.
There are some numbers that aren’t debatable, like most Super Bowl appearances for a team (nine) and a quarterback (seven). Brady’s five wins put him one ahead of Hall of Famers Terry Bradshaw and Joe Montana for the most by a quarterback, and Belichick’s five are one better than Bradshaw’s coach in Pittsburgh, Chuck Noll.
Bradshaw and Montana never had a Super Bowl rally that even remotely resembled the 25-point recovery engineered by Brady in a 34-28 win over Atlanta on Sunday night in the first Super Bowl to go to overtime.
“We’ve got the greatest quarterback,” defensive lineman Trey Flowers said. “Calm, cool, collective and just make plays. That’s what he’s been doing all his career. ”
Green Bay won the first two Super Bowls with Bart Starr and has four titles. Bradshaw’s Steelers became the team of the 1970s, with Roger Staubach and the Dallas Cowboys not far behind. Montana’s 49ers dominated the ’80s.
Troy Aikman helped the Cowboys become the first team to win three titles in four seasons in the 1990s — and Brady matched him a decade later.
Starr, Bradshaw, Staubach (they called him Captain Comeback), Montana, Aikman.
Vince Lombardi, Noll, Tom Landry, Bill Walsh, Jimmy Johnson.
None of them have a claim to the sustained excellence of Brady and Belichick, the only duo to go to seven Super Bowls and win five.
“He cast a wizard spell over us that changed everything,” tackle Nate Solder said of Belichick and the message at halftime, when the Patriots trailed 21-3 before going down 28-3 in the third quarter.
Joking aside, the Patriots probably never panicked because they can lean on things such as 16 consecutive winning seasons (Dallas has the record with 20) and an NFL-best 34 playoff games and 25 postseason wins for Brady.
“At halftime, I would say we weren’t down at all,” said Brady, who won his fourth Super Bowl MVP award by leading two fourth-quarter touchdown drives that included 2-point conversions to force overtime. “We were disappointed in the way we played, and we knew that we could go out and do a lot better in the second half. ”
Brady and Belichick fall short of the nine NBA titles that Bill Russell and Red Auerbach won together in Boston, or the six that Michael Jordan and Phil Jackson celebrated in Chicago.
There will always be arguments for the multiple dynasties of the New York Yankees, who have 27 World Series titles. Shortstop Derek Jeter and manager Joe Torre won four together in a span of five seasons from 1996 to 2000, not to mention Mickey Mantle and Casey Stengle or Lou Gehrig and Joe McCarthy.
And don’t forget about the Montreal Canadiens, who won 16 NHL titles in 27 seasons from the 1950s to the 1970s.
Then again, leagues were smaller and rosters were thinner back then, and the conversation was nearly about Atlanta ending its championship drought.
“To come back and just stall and just give Tom Brady a glimpse of a chance to come back, we did that,” Falcons receiver Taylor Gabriel said. “It’s tough to lose like that in the Super Bowl. ”
Instead, the spotlight is firmly back on Brady, Belichick and the Patriots, who might not even be done — they’re already favored to repeat in 2018.
___
For more NFL coverage: http://www.pro32.ap.org and http://www.twitter.com/AP_NFL 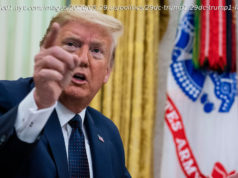 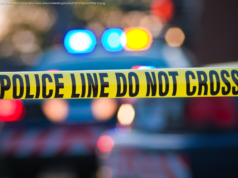 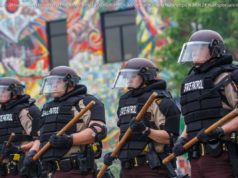 Dan Rather: Arrest Of CNN Crew ‘A Mark Of Tyranny’