Activists, parents and transgender students vowed to resist the Trump administration’s “dangerous” reversal of federal protections of bathroom rights, warning it risked exposing young people to hate-fueled violence.
Activists, parents and transgender students vowed to resist the Trump administration’s “dangerous” reversal of federal protections of bathroom rights, warning it risked exposing young people to hate-fueled violence.
The White House decision to allow states and school districts to decide whether students can access bathrooms of their choice violates civil rights that should be enshrined at the national level, they said.
Fewer than half of all states currently ban public accommodation discrimination based on gender identity while four Republican states actively restrict bathroom access or restrict laws that would allow it.
“Things I never imagined happening are just blowing my mind,” said Lauren Bocketti, mother of 10-year-old Zach, whose needs she says were always treated fairly at school on Long Island, New York.
“We’ve been lucky and want everybody to feel lucky,” she told a news conference of Long Island parents and transgender students who joined an avalanche of human rights groups already criticizing the move.
“It’s not a choice. It’s who he is. He knew by two years old who he is. He is a boy. He’s a boy trapped in a girl’s body,” she said.
Madeline Bruni, 18, who began transitioning in middle school, said even in a state as liberal as New York, which now enshrines bathroom rights, life was not easy. A year and a half ago, a restaurant called the police when she used the women’s restroom.
– ‘Boggles my mind’ –
“In this day and age, it just boggles my mind that is something that still goes on,” she told reporters.
Ethan Diaz, 16, said that while he had never had a problem, the decision made him angry on behalf of others who had experienced fear and anxiety about using the bathroom.
“New York is a great place to transition, people do feel comfortable,” he said. “But for people not in New York, that’s the fear. ”
Toxic schools contribute to higher rates of depression, suicide, homelessness and HIV infection for transgender young people, activists say.
New York LGBT Network CEO David Kilmnick warned that the decision will increase the stigma attached to transgender youths and put them at “greater risk for hate-motivated violence. ”
“What this policy does is increase the likelihood of that violence taking place,” he told the news conference. “Refusing to protect our most vulnerable youth is both deplorable and dangerous. ”
Three quarters of transgender students report feeling unsafe at school, more than 40 percent have been physically abused at school and over half report skipping school to avoid bullying, Kilmnick said.
He dismissed arguments put forward by conservatives that the protections put in place by former president Barack Obama’s administration had put other children at risk.
– ‘High risk’ of assault –
“We know that the transgender community is not at risk for committing sexual assault, the transgender community is at high risk of being a victim of sexual assault,” Kilmnick said.
His network, which he founded 24 years ago, set up a 24-hour hotline on Thursday and is now assembling a team of lawyers to take action against institutions or the federal government if warranted.
The issue will be a rallying cry at a national LGBT march on Washington scheduled for June 11 and Kilmnick said there is an increased urgency for all marginalized groups to unite in protest.
On Thursday, several hundred protesters filled the block outside the historic Stonewall Inn, a landmark of the gay rights movement in New York’s Greenwich Village, in support of transgender students.
The crowd held signs proclaiming “Resist,” “Protect Trans Youth” and “Trans Rights Are Human Rights,” chanting, “Stand up, fight back! ”
Bathroom rights are a hot-button social issue at the center of a broader cultural battle between conservatives and liberals.
When North Carolina passed a law requiring transgender people to use restrooms corresponding to the gender on their birth certificates, a string of companies and sports teams boycotted the state.
The US Supreme Court is set next month to consider the case of a 17-year-old in Virginia who was born a female but identifies as a male and filed suit to be able to use the boys’ bathroom at his high school. 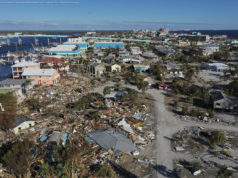 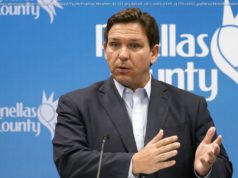 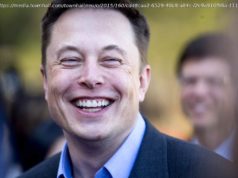