METAIRIE, La. (AP) — The New Orleans Saints’ last-ranked pass defense is adding the first cornerback taken in this year’s NFL draft. New Orleans also acquired more blocking for 38-year-old star quarterback Drew Brees. The…
METAIRIE, La. (AP) — The New Orleans Saints’ last-ranked pass defense is adding the first cornerback taken in this year’s NFL draft.
New Orleans also acquired more blocking for 38-year-old star quarterback Drew Brees.
The Saints selected Ohio State’s Marshon Lattimore with the 11th overall pick in the NFL draft on Thursday night, then closed out the round by taking Wisconsin offensive tackle Ryan Ramczyk 32nd overall.
“I’ m going to try to go in there Day 1 and show what I can do, ” Lattimore said on a conference call shortly after his selection. “I’ m going to come in there not trying to be the big man on the team. I’ m going to come in trying to do my job there and I’ m going to get it done for them.”
Coach Sean Payton had made no secret that improving the Saints’ defense was his priority this offseason. It was unavoidable after New Orleans led the league in offense but still finished below.500 at 7-9 for a third straight season.
The Saints ranked 27th in defense last season, allowing 375.4 yards per game, and allowed a league-worst 273.8 yards passing per game. They also ranked second-to-last in points allowed with 28.4.
The 6-foot, 193-pound Lattimore was a first-team All-Big Ten selection in 2016, when he had four interceptions. That was his first full season with the Buckeyes after overcoming nagging hamstring injuries during his first two years with the program.
He said he is healthy now and using methods such as acupuncture in an effort to avoid another recurrence.
Payton said the Saints saw Lattimore’s injury history as less a red flag and more of an issue to be aware of in terms of making sure “he’s on a good maintenance schedule.”
Lattimore was widely projected as a top 10 pick and was not expected to even be available when the Saints were on the clock. Lattimore said he, as well, expected to be taken higher, but added, “It’s all good. I’ m not really worried about it.… I just want to contribute for the New Orleans Saints right now.”
Payton said the Saints projected Lattimore as a top-four pick and attempted to trade up for him, only to have him fall in their lap.
“Through a lot of the different scenarios, he was one of those players that we felt would be difficult maybe to anticipate him being there, ” Payton said.
Lattimore was not surprised to be the first cornerback selected, asserting that he believed he was the best at his position in this draft.
“I’ m physical and I tackle as well as cover and press, ” Lattimore said. “This is a pass-heavy league, so I feel like I can press (receivers) and get in their face and disrupt everybody. So I feel like I have a good chance to be a great cornerback in the league.”
Lattimore could very well start at cornerback as a rookie. Delvin Breaux has been New Orleans’ top player at that spot. The other opening day starter at cornerback in 2016, P. J. Williams, played in only two games last season because of a severe concussion after spending his entire rookie season on injured reserve with a hamstring injury.
Lattimore joins a secondary featuring second-year safety Vaughn Bell, who was Lattimore’s teammate at Ohio State. Another of Lattimore’s former Buckeyes teammates is Saints second-year receiver Michael Thomas, who was the most productive rookie receiver in the NFL last season.
New Orleans did not enter the draft with an urgent need to improve its offensive line, but the 6-6,310-pound Ramczyk might have been too good to pass up, having been widely viewed as one of the top offensive linemen in the draft.
“Our grade on Ryan was at the top half of Round 1, ” Payton said. “He was a player graded in the first round by every one of our scouts, so we felt good about that.”
Depending on how much Ramczyk plays as a rookie, he could not only be protecting Brees but also run blocking for Mark Ingram and Adrian Peterson.
“Very excited to be able to block for guys like that, ” Ramczyk said. “Not everybody gets to do that.”
Both of the Saints’ incumbent starters at tackle are slated to come back with Terron Armstead on the left side and Zach Strief on the right. Strief, however, is entering his 12th season.
The 32nd pick was acquired from New England as part of a trade in March that sent receiver Brandin Cooks to the Patriots.
On Friday night, New Orleans was slated to have one selection in the second round and two in the third, with the latter pick in the third round also coming from New England as part of the Cooks deal.
New Orleans is still looking for help with its defensive front, having struggled to pressure opposing quarterbacks. New Orleans’ defense had 30 sacks last season and ranked 27th in the NFL in sacks per pass attempt.
___
For more NFL coverage: http: //www.pro32.ap.org and http: //www.twitter.com/AP_NFL
Need a break? Play a quick game of solitaire or Sudoku. Or take one of our fun quizzes!
Let these 22 recipes guide your next mid-morning meal.
From Death Valley National Park’s vibrant yellow daisies to the district’s iconic cherry blossoms to the Great Smoky Mountains’ colorful wildflowers and everywhere in between, here’s where to catch impressive floral displays across America this spring. 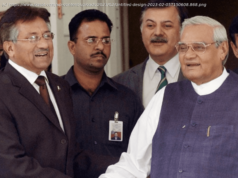 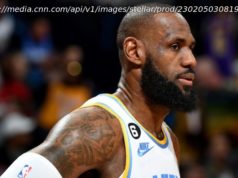 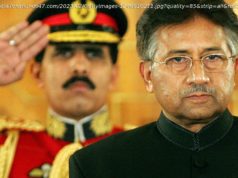