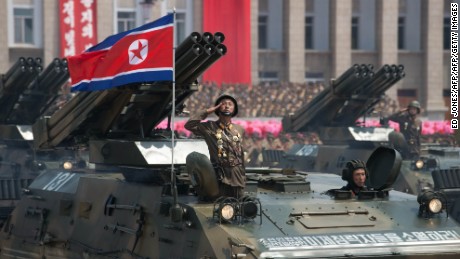 Gordon Flake is the founding CEO of the Perth USAsia Centre at the University of Western Australia. He spent nearly 25 years working in the Asia Policy think tank community in Washington DC and has visited North Korea on numerous occasions. The views expressed are his own.
(CNN) Thanks to Bill Murray, most of us now associate Groundhog Day with the sensation of history repeating itself over and over again. There is a similar feeling when it comes to North Korea and the seemingly endless cycle of provocation, international outrage, strongly worded but ultimately ineffective U. N. Security Council statements, and a lack of discernible change in North Korean behavior.
With that in mind, it is hardly surprising that there is widespread skepticism over the latest U. N. Security Council resolution , issued this week following North Korea’s testing of a nuclear device in January. After all, we have seen all this before.
True, international experts doubt North Korea’s claim that it was a hydrogen bomb. However, following previous tests in 2006, 2009 and 2013 and the country’s penchant for proliferation, even a fourth test of a fission device is cause for grave concern, not only to North Korea’s near neighbors but also to countries far from its shores.
Indeed, even before the international community could respond to the January test, North Korea upped the ante with yet another launch of a long-range missile in early February. While North Korea defended the launch as part of its satellite program, the U. N. Security Council made it clear that any “launch that uses ballistic missile technology, even if characterized as a satellite launch or space launch vehicle, contributes to the DPRK’s development of nuclear weapon delivery systems and is a serious violation of Security Council resolutions. ”
Despite the clarity of such statements and resolutions, there has been little discernible moderation of North Korean behavior — if anything they appear to have grown increasingly provocative each time the cycle repeats, just this week threatening “indiscriminate” nuclear strikes on the United States and South Korea, and on Wednesday launching two short-range missiles.
But a closer examination of recent developments reveals three fundamental shifts that suggest the Groundhog Day pattern may be about to be broken.