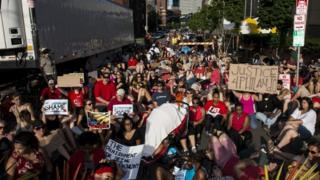 Protests continue to spread across US cities against the killing of black men by police, following recent deaths in Minnesota and Louisiana.
Roads were blocked and missiles thrown in Minnesota, while armed New Black Panther Party members confronted police in Baton Rouge, Louisiana.
Dozens of arrests have been made but the rallies were mostly peaceful.
The situation is also tense in Dallas, where five officers were killed by a black man during a protest rally.
Security levels were raised at the police HQ after anonymous threats were received but an all clear was given after a search of a car park for a “suspicious person”.
The protests against police killings were sparked by the deaths of Philando Castile in Minnesota and Alton Sterling in Louisiana.
In St Paul, Minnesota, overnight, fireworks, bottles and rocks were thrown at police as the demonstration closed a main interstate highway, causing gridlock.
This is the fifth night of protests in Baton Rouge where there is not just anger, there is rage.
Each night the gathering has intensified and police have responded with officers in riot gear. The two sides faced each other, often blocking the main highway outside police headquarters.
Occasionally the force would line up and rush into the crowd to make several arrests. Earlier, hundreds marched to the Louisiana State Capitol and stood on the steps with clenched fists raised up high – a salute to black power.
Read more from Baton Rouge and St Paul: US police protests near boiling point
Police said some officers had been hurt by fireworks and a number of arrests made. Demonstrators said police fired tear gas and rubber bullets.
In Baton Rouge, several hundred protesters gathered outside the police department shouting “No justice! No peace! ” and also at the convenience store where Alton Sterling was shot. 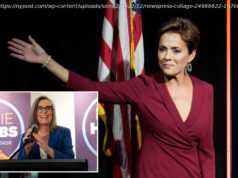 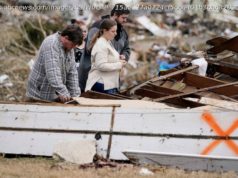 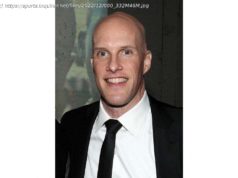