The president’s son-in-law and senior advisor is reportedly being investigated over his contact with Russians.
Last week marked a new high in Jared Kushner’s brief political career. President Trump’s tour of Saudi Arabia, Israel, and the Vatican, which Kushner had arranged and planned, went off without a major hitch. This week portends to be a more trying one for Kushner, as he returns to Washington to be greeted by the news that he is now a focus of the FBI’s Russia investigation.
On Thursday, NBC News and The Washington Post reported that investigators are looking into meetings Kushner held in December with Sergey Kislyak, the Russian ambassador to the U. S., and Sergey Gorkov, the head of Vnesheconombank (VEB) , a state-owned Russian bank that previously financed a deal with Trump’s former business partner. An array of other outlets quickly confirmed those reports.
Although the reports did not specify why those meetings provoked FBI concern, news of the investigation comes as little surprise. Last week, the Post reported that FBI investigators had focused in on a senior White House aide with close ties to Trump. As Trump’s son-in-law and a senior adviser to the president, Kushner’s name was floated as a potential person of interest. Trump’s top strategist, Steve Bannon, has also fueled speculation about Kushner’s alleged Russian ties. “Mr. Bannon has told confidants that he believes Mr. Kushner’s contact with Russians, and his expected testimony before Congress on the subject, will become a major distraction, ” The New York Times reported in April.
While investigators believe that Kushner possesses key information related to the FBI probe, he is reportedly not currently the target of any criminal investigation. In fact, unlike former Trump aides Paul Manafort and Michael Flynn, Kushner is not considered a formal subject of a probe, and has not been subpoenaed by a grand jury. The reports do not suggest wrongdoing. Still, Kushner is the only current White House official reported to have received special attention from the FBI.
As my colleague David Graham reported last week, Kushner acknowledged in April that he had failed to disclose dozens of contacts with foreign officials while seeking top-secret security clearance within the White House. These exchanges included conversations with Gorkov and the Russian ambassador. At the time, Kushner’s lawyer said the omission was an error, adding that Kushner had submitted his national-security questionnaire prematurely and would provide further information.
In a statement given by his lawyer to the Times, Kushner relayed what he told the FBI: “During the presidential campaign and transition period, I served as a point-of-contact for foreign officials trying to reach the president-elect, ” the statement reads. “I had numerous contacts with foreign officials in this capacity… I would be happy to provide additional information about these contacts.” Kushner’s statement, like his security questionnaire, did not disclose any names of foreign officials. In the past, Kushner has said he and Gorkov did not discuss sanctions against Gorkov’s bank, VEM. The sanctions were imposed by the U. S. after Moscow annexed Crimea and carried out aggressive military action in Ukraine.
In response to the FBI’s investigation of her client, Kushner’s lawyer, Jamie Gorelick, told NBC News that Kushner “previously volunteered to share with Congress what he knows about” the meetings with Gorkov and the Russian ambassador. But these meetings aren’ t the only reported subject of investigation. On Thursday, a former senior intelligence official told the Post that the FBI was closely examining an April 2016 event at the Mayflower Hotel in Washington, where both Kushner and the Russian ambassador were present. Despite their later communication, it is not known whether the two men interacted at the event.
News of Kushner’s involvement comes just days after former FBI Director Robert Mueller was cleared by the Justice Department to oversee a special investigation into ties between Trump’s campaign team and Russian officials. Not only does Mueller’s former law firm, WilmerHale, represent Kushner and his wife, Ivanka Trump, but it also represents Paul Manafort, Trump’s former campaign manager, who is under FBI investigation. Because Mueller did not directly represent either Trump affiliate, the Justice Department has ruled out the possibility of his new role posing an ethical conflict. Last week, White House officials said the Trump administration was hoping an ethics violation would hinder Mueller’s investigation. 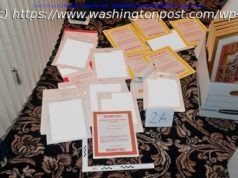 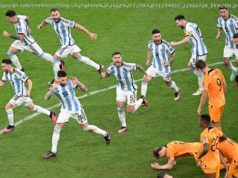 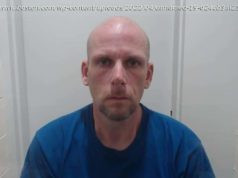