Channeling her inner dominatrix, Nicki Minaj gets into some kinky bondage in the ‘Light My Body Up’ music video, which dropped May 5.
Nicki Minaj, 34, is letting the world know she’s still the reigning queen of the rap game. She dropped the official music video for “Light My Body Up“ on May 5, featuring David Guetta, 49, and Lil Wayne, 34. In the sizzling clip, she wears a plethora of scantily clad ensembles, including latex lingerie and a mesh mask. Leaving little to the imagination, Nicki turned up the heat with her wild persona, whipping around her long braids and rocking edgy white mascara!
Sitting on a golden throne in the Miami-based venue, Nicki shows off her kittenish side before treating viewers to her sizzling dance moves. “It showcases my versatility, ” she recently told fans during a candid Twitter Q&A. “ [It] let’s me make another historic moment w/my boss @LilTunechi AND that DAVID is a genius for the PRODUCTION.” As expected, Weezy rocked his dazzling grill and flaunted his lyrical prowess while rapping about her rise to fame under the flashing lights.
David recruited Lil Wayne and Nicki to collaborate with him on “Light My Body Up, ” shortly after she and Tunechi teamed up on “No Frauds” alongside Drake, 30. Nicki’s been on a roll lately, last debuting the music video for her emotional single “Regret In Your Tears, ” seemingly inspired by her highly publicized split with Meek Mill, 29. Wasting no time moving on from her failed relationship, she packed on the PDA with a hot male model for her smoldering new release!
Nicki has been living it up to the fullest, last stopping by the star-studded 2017 Met Gala. The rapper stunned in her sexy black and red gown, opting for sky-high pumps for the special occasion. Taking photos with several A-list celebs, she was the ultimate fan girl while hitting the red carpet! She’ ll next be taking the stage at the 2017 Billboard Music Awards on May 21.
HollywoodLifers, what do you think of Nicki’s new red-hot music video? Tell us! 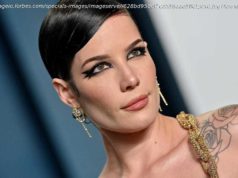 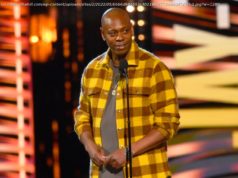 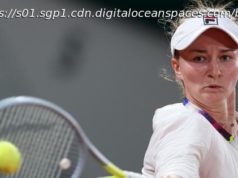