President Donald Trump ordered the review last month, saying protections imposed by his three immediate predecessors amounted to “a massive federal land grab” that “should never have happened.”
WASHINGTON (AP) — Twenty-seven national monuments, mostly in the West, face the curtailing or elimination of protections put in place over the past two decades by presidents from both parties, the Interior Department said.
President Donald Trump ordered the review last month, saying protections imposed by his three immediate predecessors amounted to “a massive federal land grab” that “should never have happened.”
A list released Friday includes 22 monuments on federal land in 11, mostly Western states, including Bears Ears and Grand Staircase-Escalante in Utah, Nevada’s Basin and Range and Katahdin Woods and Waters in Maine.
The review also targets five marine monuments in the Atlantic and Pacific Oceans, including a huge reserve in Hawaii established in 2006 by President George W. Bush and expanded last year by President Barack Obama.
Bush, Obama and Bill Clinton were among a host of presidents who protected hundreds of millions of acres under a 1906 law that authorizes the president to declare federal lands and waters as monuments and restrict their use.
Trump said the protections imposed by his predecessors “unilaterally put millions of acres of land and water under strict federal control, eliminating the ability of the people who actually live in those states to decide how best to use that land.”
The land-controls have “gotten worse and worse and worse, and now we’re going to free it up, which is what should have happened in the first place, ” Trump said at a signing ceremony marking the executive order.
Trump accused Obama in particular of exploiting the 1906 Antiquities Act in an “egregious abuse of federal power, ” adding that he was giving power “back to the states and to the people, where it belongs.”
In December, shortly before leaving office, Obama infuriated Utah Republicans by creating the Bears Ears National Monument on more than 1 million acres of land that’s sacred to Native Americans and home to tens of thousands of archaeological sites, including ancient cliff dwellings.
Republicans in the state asked Trump to take the unusual step of reversing Obama’s decision. They said the monument designation will stymie growth by closing the area to new commercial and energy development. The Antiquities Act does not give the president explicit power to undo a designation and no president has ever taken such a step.
Trump’s order also targets the Grand Staircase-Escalante National Monument in Utah, created by Clinton in 1996, and Katahdin Woods and Waters in Maine, created last year by Obama. At 87,500 acres, Katahdin is the only one of the 22 monuments under review that is smaller than 100,000 acres, the minimum size designated by the order.
The Interior Department said Katahdin will be reviewed under a provision that singles out whether a monument was created or expanded without adequate public outreach and coordination with relevant stakeholders. The land east of Maine’s Baxter State Park was bought by Burt’s Bees co-founder Roxanne Quimby, whose foundation donated it to the federal government.
Interior Secretary Ryan Zinke has been directed to produce an interim report next month and make a recommendation on Bears Ears, and then issue a final report within 120 days.
Zinke, who will visit Bears Ears and Grand Staircase early this coming week, said the department, for the first time, is seeking public comments on national monument designations. Public comment is not required when presidents create monuments under the Antiquities Act.
The request for comments “finally gives a voice to local communities and states when it comes to Antiquities Act monument designations, ” Zinke said in a statement.”There is no predetermined outcome on any monument.”
But environmental groups said the Trump administration appears intent on lifting protections for federal lands.
“Trump wants to carve up this beautiful country into as many corporate giveaways for the oil and gas industry as possible, ” Travis Nichols of Greenpeace USA said.
He urged the public to “resist the latest in a trend of senseless rollbacks by the Trump White House and demand the Interior Department protect the land and water for people in their states and across the country.”
Members of a coalition of five Western tribes that pushed for the Bears Ears designation have said they’re outraged the administration will review a decision they say was already scrutinized by the Obama administration, including a multi-day visit last year by then-Interior Secretary Sally Jewell.
“Once it’s designated, it’s designated, ” said Davis Filfred of the Navajo Nation. Trump “should just honor our past leaders and those who were before him. He’s disregarding the Native Americans, the first people of this nation. This is sacred land.” 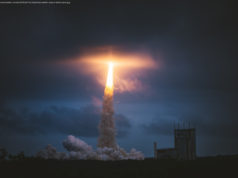 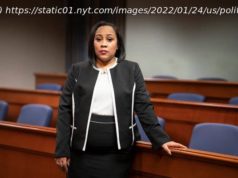 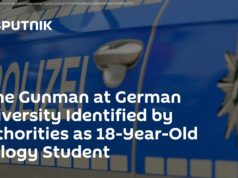