The SKS rifle was used in mass shootings in Alexandria and Dallas, but it has a much longer history than that, going back to the Korean and Vietnam wars.
The gunman, James Hodgkinson, who was shot dead by law enforcement, is believed to have used an SKS 7.62-caliber rifle in the attack, a law enforcement source told CNN. Investigators also recovered a 9-millimeter handgun at the scene, but it is not known whether Hodgkinson fired it.
Investigators said Thursday that they have no indication Hodgkinson bought either gun illegally.
The SKS is a semiautomatic rifle developed by the Soviet Union in 1945, according to the National Rifle Association gun museum, which has one in its collection .
It was the model used by Micah Xavier Johnson, who killed five police officers in Dallas last year before he was killed by a bomb squad robot.
The SKS was mass-produced by the Soviet Union, and later in China and various Soviet satellite countries, and many are readily available in the United States, still in working order. They can be purchased online for as little as $400.
U. S. soldiers went into combat against Chinese soldiers and Viet Cong guerrillas armed with SKS rifles in the Korean and Vietnam wars, according to the NRA.
Related: Alexandria mass shooter legally owned his SKS
“The Korean and Vietnamese physical environments both imposed great demands on human endurance, so a light gun such as the SKS fit well, imposing minimum exertion on its users, ” said the NRA museum site, in its history of the gun.
The SKS typically has a wooden stock and a non-detachable magazine with a capacity of 10 rounds of 7.62-millimeter caliber, the same caliber ammunition used in the AK-47s that eventually replaced the SKS.
But they can also be outfitted with detachable magazines with larger ammunition capacities of 40 rounds made by American companies like ProMag.
The SKS is quite different from the AR-15, America’s answer to the AK-47. The AR-15 has a stock made of plastic instead of wood and uses.223-caliber ammo and detachable magazines with a capacity of 100 rounds or more.
Related: Who will be the new enemy for Trump and the NRA?
Another significant difference: The AR-15 and AK-47 have pistol grips, while the SKS does not. Pistol grips are one of the factors that gun control advocates use to distinguish what they call assault rifles, which are often the targets of gun control legislation.
The AR-15, lightweight and easy to shoot and reload, has been used repeatedly in mass shootings, including the attacks at the Pulse nightclub in Orlando, Florida, in 2016 and at Sandy Hook Elementary School in Newtown, Connecticut, in 2012. 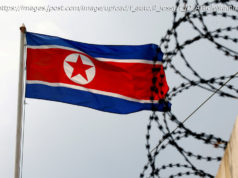