The tech industry suddenly seems more united than ever as it slams the decision to withdraw from the Paris Agreement.
I wanted to write one final WWDC 2017 preview piece today. I wanted to look at some of the potential improvements for enterprise users and new Macs and iPads. I can’ t do that. I’ m too annoyed about Trump’s withdrawal from the Paris agreement. I’ m not alone.
The decision was made against advice from, well, from everyone.
Apple CEO, Tim Cook, and Tesla boss, Elon Musk and CEOs from Google, Facebook, Microsoft, HP and Intel all urged a different path.
They were not heard.
Cook and Musk believe in discourse.
They think the best way to change things is to speak with people who hold different views than you do.
They argue that if you don’ t engage then you cannot influence events. They think that open, rational discourse can lead to constructive compromise and consensus decision making.
That is why both men chose to sit on the current U. S. president’s advisory councils, where they hoped to share a little knowledge with the administration, such as the link between population growth and CO2 emissions .
The inconvenient truth is that engagement is meaningless if those you attempt to talk to are not equipped to think about what you say.
Is that what happened here?
There are signs that this may be the case.
Musk immediately resigned his positions on the president’s advisory councils following announcement of the decision. Disney CEO, Robert A Iger has also quit the council in response.
Cook still sits on the council. He has not yet resigned, but is under some pressure to do so.
Speaking to the public on Twitter he said: “Decision to withdraw from the #ParisAgreeement was wrong for our planet. Apple is committed to fight climate change and we will never waver.”
“Climate change is real and we all share a responsibility to fight it. I want to reassure you that today’s developments will have no impact on Apple’s efforts to protect the environment.”
These men are not alone.
Leaders from across the tech industry agree. There is also opposition from across wider U. S. industry.
Goldman Sachs CEO, Lloyd Blankfein, went so far as to join Twitter to publish a Tweet in which he slammed the decision as a “setback for the environment and for the U. S.’s leadership position in the world.”
CEOs from 30 U. S. companies recently argued:
“Our business interests are best served by a stable and practical framework facilitating an effective and balanced response to reducing global [greenhouse gas] emissions. The Paris agreement gives us that flexible framework to manage climate change while providing a smooth transition for business.”
Former US Secretary of State John Kerry said:
“I think other countries will stop laughing at us when we don’t have announcements like we had today and we have a presidency that offers America a greater vision of the possibilities of the future.”
The decision has been slammed by almost every single U. S. trading partner .
It has been slammed by scientists, enterprise leaders, politicians, state authorities, even by former Republican governor, Arnold Schwarzenegger .
Leading climate change body, the Intergovernmental Panel on Climate Change (IPCC) , warns that:
“Warming […] is unequivocal, as is now evident from observations of increases in global average air and ocean temperatures, widespread melting of snow and ice and rising global average sea level.”
Russia, China, and almost 200 other nations agree.
The U. S. now stands alone.
Only Syria and Nicaragua do not support the Paris Agreement.
Nicaragua’s non-acceptance is a symbolic demand for a much more extensive deal, while Syria is in a state of war.
What makes the actions of climate change denial remarkable is that those who engage in it seem happy to dismiss scientific evidence that proves the reality of climate change, even while using technologies developed by scientists who believe the threat to be real.
How do you engage with that? 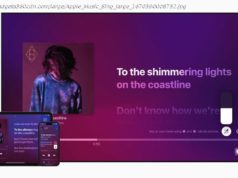 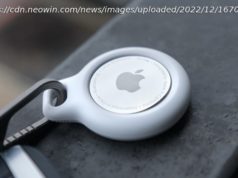 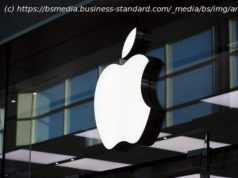