It came after three Arab citizens of Israel opened fire on police near one of the holiest sites in Jerusalem.
JERUSALEM – Three Palestinian assailants opened fire on Israeli police from inside a major Jerusalem holy site Friday, killing two officers before being shot dead, police said.
The rare attack from within the contested shrine, revered by both Muslims and Jews, raised new concerns about an escalation of violence.
The sacred compound sits at the fault line of the Israeli-Palestinian conflict, and has triggered major confrontations in the past.
Israel closed the site, known to Muslims as the Noble Sanctuary and to Jews as the Temple Mount, for further weapons sweeps Friday.
The rare closure meant a cancellation of noon prayers, which typically draw tens of thousands of Muslims from Israel and the Israeli-occupied West Bank to the compound on Fridays.
Israeli Prime Minister Benjamin Netanyahu quickly tried to allay Muslim fears, saying that the status quo at the Muslim-administered site “will be preserved.”
Palestinian President Mahmoud Abbas reached out to Netanyahu in a rare phone call to discuss the situation in Jerusalem, highlighting the concern about a possible escalation, according to the official Palestinian news agency WAFA. The leaders have almost no direct contact.
Abbas condemned the attack and said he rejects “any violence from any party, particularly at holy sites.”
Police identified the assailants as Arab citizens of Israel. Friday’s shooting was the latest in a wave of Palestinian attacks that erupted in 2015, in part over tensions at the Jerusalem holy site.
Israeli police chief Roni Alsheikh said Friday that the weapons used in the attack had been brought into the holy compound.
The attackers opened fire on the Israeli officers from inside the site, he said.
In response, “a police force charged at the terrorists, killed two and wounded the third, ” he said. The wounded assailant used a knife to attack an officer checking him for explosives and was killed, the police chief said.
Alsheikh said such an attack is “without precedent” at the holy site and an “incident of the highest severity.”
Amateur video broadcast on Israeli TV stations showed a few seconds of what appeared to be part of the chase in the compound.
In the video, several people — only visible as dark figures in the footage shot from a distance — were running inside the compound. A man who had dropped to the ground suddenly jumps up and lunges at one of the officers before he is shot.
The sacred compound, popular with tourists, is the holiest site in Judaism and the third-holiest in Islam, after Mecca and Medina in Saudi Arabia. 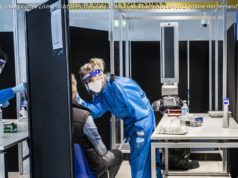 What We Do and Don’t Know About the Omicron Variant 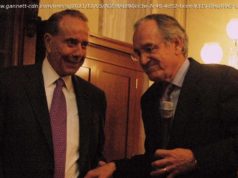 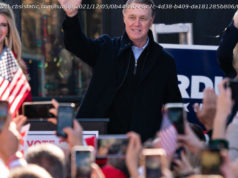