Turkish media reports say a severe summer storm has hit Istanbul, with heavy rains flooding streets and underpasses and “walnut-sized” hail damaging windows and windshields and knocking down trees.
At least two people were reported injured on Thursday after a severe summer storm hit Istanbul, knocking down a wall and trees and flooding the Turkish city’s streets and underpasses.
Private NTV television said part of a stone wall surrounding a cemetery was demolished in the storm, injuring two people. Television footage showed rescue crews and residents helping each other to remove the stones in case people were trapped beneath the rubble.
The high winds also toppled a large crane that landed on oil barrels, causing an explosion and fire, the state-run Anadolu Agency reported. It was not clear if anyone was hurt in the fire which was later brought under control. A small depot also caught fire after being hit by lightning, but there were no casualties.
Heavy rainfall disrupted the evening rush hour traffic, stranding vehicles in flooded streets. Delays were reported at the city’s main airport and some planes were diverted to other airports.
NTV television showed people leaving a bus stranded in an underpass before walking to safety in waist-high waters.
Authorities temporarily closed down the Eurasia Tunnel, which connects Istanbul’s Asian and European sides under the Bosporus strait, as a precaution.
It was the second time in 10 days that heavy rains inundated streets and caused havoc.
Sign up today for unlimited digital access to our website, apps, the digital newspaper and more!. 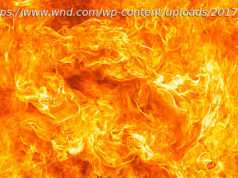 Fire breaks out at packed church, many children among 41 Christians killed 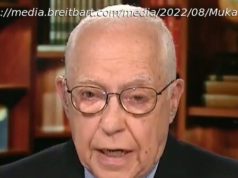 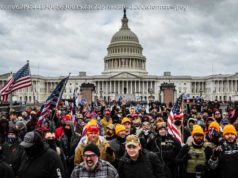 Ex-CIA agent says fallout over raid on Trump's Mar-a-Lago resembles the lead up to the January 6 Capitol attack and predicts there will be...