The horror writer/director will be remembered for his zombie movies.
Zombie movie maestro George A. Romero has died at age 77.
The Night of the Living Dead writer/director died Sunday from lung cancer, his manager Chris Roe confirmed to the Associated Press. Romero wrote on Facebook in May that he was fighting a respiratory infection that had grounded him from flying.
He died while listening to the score of The Quiet Man, one of his favorite films, with his wife Suzanne and daughter Tina by his side, his family said in a statement.
The Los Angeles Times was first to report the news of his death.
After developing a cult following with his small-budget 1968 classic Night of the Living Dead, Romero put out plenty of zombie films, including Dawn of the Dead (1978) , Day of the Dead (1985) and the more recent Land of the Dead (2005) .
When his first movie about undead flesh-eaters came out, “nobody wrote about it in any kind of context at all, ” Romero told USA TODAY in 2010. “If anyone wrote about it, it was to say, ‘You need to control these crazy filmmakers! Look what they’ll do!’ “
Decades later, however, Romero found that his work overappreciated.
“People write their thesis about it, ” he said. “I don’t think it deserves half of the treatises about it.”
As Romero learned, his stories about the undead have become cultural touchstones that inspired many filmmakers. A number of fans took to social media Sunday to share their condolences.
“A true legend, ” tweeted The Big Sick writer/star Kumail Nanjiani . “Started a new genre on his own. Who else can claim that?”
“George, there will never be another like you, ” horror writer Stephen King tweeted.
“All the zombies owe him everything!” wrote Rob Zombie, the horror director and heavy metal musician.
“You made me want to make movies, and helped me to find meaning in monsters, ” tweeted James Gunn, the writer/director of Guardians of the Galaxy and Guardians 2. “Thank you. I love you.”
Contributing: The Associated Press 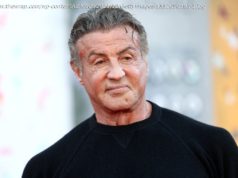 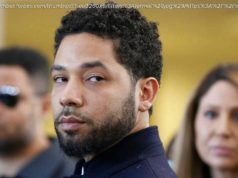 Jussie Smollett Says ‘There Was No Hoax’ During ‘Hate Crime’ Trial 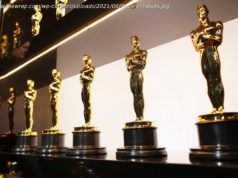