Freedom is no longer inevitable. Nationalism is.
Will China ever become democratic? That question has been a staple of geopolitical discussion since the 1990s, and at times many commentators thought a democratic China was not so far away.
Today, as restrictions on political speech and opposition increase, hardly anyone thinks this is a realistic scenario. Yet it’s still worth asking why China might never democratize, and what that can teach us about our own political dilemmas.
The argument that China will become democratic rested on observations of Japan, Taiwan and South Korea, all nearby countries that became democratic or sustained a democracy once they were sufficiently wealthy. The middle classes in these countries wanted accountable government, and ultimately the autocracies were willing to step aside and support democratic transitions, albeit with the Japanese path being more closely linked to the American postwar settlement and occupation. Much of Eastern Europe and Latin America became democratic too, and so it seemed plausible that China might be next in line.
Conversely, there are two powerful arguments that China will not become democratic. First, China never has been democratic in thousands of years of history, and perhaps that history simply will continue.
Second, the middle to upper middle class is still a minority in China, and will stay so for a long time. A smaller country can build up in percentage terms a larger middle class, by exporting, than can a very large and populous country. There’s just not enough demand in global markets to elevate all or even most of the Chinese people, and so Chinese inequality likely will stay high, to the detriment of democratic forces.
In essence, many of the wealthier Chinese trust the Communist Party to look after their interests more than they trust elections. Furthermore, the current political performance of the West is not in every way the ideal exemplar for democracy.
Those who predict Chinese democratization typically reply that the regime will need some new source of legitimization as economic growth slows down, as it inevitably must. Winning a democratic election is one way a government can show to a people that it represents their interests.
Yet this argument now looks weaker, in part because of what we are learning about countries other than China, namely that nationalism is often a stronger political motivator than democracy; just look at either Turkey or Brexit or some of the currents within the Trump administration.
So China will grow richer, as the number of democracies in the world (sadly) declines. With global growth continuing at roughly 4 percent a year, the link between income and democracy isn’ t actually so strong these days.
Indeed, nationalistic currents in China are strong. Whether we like it or not, the Han Chinese often see themselves as an ethnically special group of people who have a destiny to “make China great again.”
Before judging this too harshly, keep in mind that truly cosmopolitan attitudes are not common in history, and a lot of observed cosmopolitanism is often faux cosmopolitanism, serving as a veil for particular cultural or economic interests on trade or immigration. The common American belief in American exceptionalism seems self-aggrandizing to many Chinese, just as we might object to their philosophy.
On top of all that, Chinese nationalism, whatever its drawbacks, has in fact served as an ideology to… make China great again.
Another argument for predicting Chinese democratization is the claim that autocratic rule is highly unstable and tends to move to either tyranny or democracy. Even if that is true, these days it hardly seems a surprising insight that stability is never guaranteed.
Studying Chinese history, with its ongoing struggles between central rule and chaos in the peripheries, might be a better predictive guide to global futures than the philosophy of Western liberal triumphalism, however dear the latter may be to our hearts. In other words, the Chinese notion of cyclical history might apply to much of the rest of the world.
The best argument for the possibility of Chinese democratization is that China has served up big surprises in the past, including conquest by the various external parties (for example, the Manchus) , the Taiping rebellion, and the Communist revolution and subsequent Cultural Revolution, as well as the reforms starting in 1979.
The chance of Chinese democratization may be a somewhat underrated prospect for this reason, even if the short-run signs appear to be pointing in the opposite direction.
Still, the best bet is that China will remain non-democratic for the foreseeable future and that political history does not consist of a series of linear improvements.
It is again time for the West to learn from China. The emotional force of nationalism is stronger than we had thought, stability is not guaranteed, and the Western democratic status quo ex ante is less of a strong attractor than many of us had believed or at least hoped for.
In other words, we have our work cut out for us.
This column does not necessarily reflect the opinion of the editorial board or Bloomberg LP and its owners.
To contact the author of this story: Tyler Cowen at tcowen2@bloomberg.net
To contact the editor responsible for this story: Katy Roberts at kroberts29@bloomberg.net 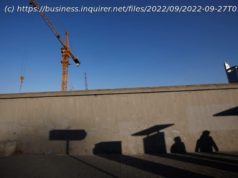 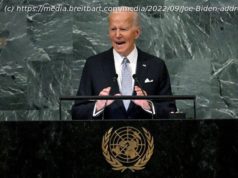 China: Joe Biden Made World ‘Nervous and Anxious’ at U.N. 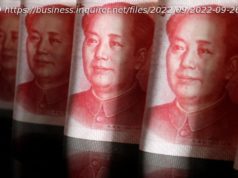