“We sincerely regret that politics were inserted into the Scouting program.”
On Monday the president of the United States asked a crowd of 24,000 teenage boys whether they were old enough to hear about the “interesting” things that used to happen on William Levitt’s yacht.
And that was one of the least uncomfortable moments in Donald Trump’s speech to the Boy Scout Jamboree. By the time Trump wrapped up his remarks in Glen Jean, West Virginia, he had derided the “fake media” for not covering the speech (though they aired it) ; ripped Barack Obama for never attending a Boy Scout jamboree (though he did in 2010) ; thanked his audience for voting against Hillary Clinton last year (though they were children) ; and assured them that they would be “saying ‘Merry Christmas’ again when you go shopping” (though it was unlikely that every single boy in the crowd was a practicing Christian, and, also, July) .
The Boy Scouts is not, as of this writing, the youth organization of the Republican Party. Plenty of out-of-touch coastal elites, rootless cosmopolitans, and globalist cucks allow their sons to join the Boy Scouts. These parents were not pleased to see a GOP president address the group’s National Jamboree as though it was an election rally. Normally, the proper target for outrage in this circumstance would be the president. The Boy Scouts didn’ t ask him to give a hyperpartisan speech leavened with innuendos about maritime sex parties. They merely allowed the president of the United States to address their function.
But asking Donald Trump to give a speech without insulting Hillary Clinton, the media, or Barack Obama is like feeding table scraps to a dog with irritable bowel syndrome and expecting nothing unseemly to occur.
Thus, opprobrium was heaped on the Boy Scouts itself. Especially, once people realized that the organization’s current president, Randall Stephenson, is also the chief executive of AT&T — which has an $85 billion deal to merge with Time Warner pending before Trump’s Justice Department.
And so, on Thursday, the Boy Scouts apologized for the president’s behavior at their jamboree.
“ I want to extend my sincere apologies to those in our Scouting family who were offended by the political rhetoric that was inserted into the jamboree, ” the organization said in a statement. “The invitation for the sitting U. S. President to visit the National Jamboree is a long-standing tradition that has been extended to the leader of our nation that has had a Jamboree during his term since 1937. It is in no way an endorsement of any person, party or policies.”
Should have been prepared. 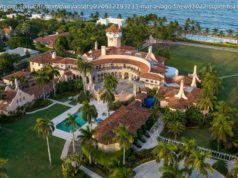 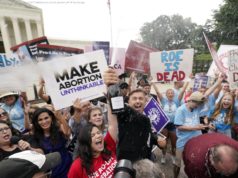 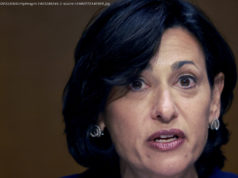