These are good times for AI entrepreneurs. Venture, corporate and seed investors have put an estimated $3.6 billion into AI and machine learning companies..
These are good times for AI entrepreneurs. Recent analysis of venture data shows that funding for artificial intelligence startups continues its upward trend in 2017, with investment hitting new highs.
(For deep dives into aggregate Q2 venture performance, head here for the world, and here for just the U. S.)
Venture, corporate and seed investors have put an estimated $3.6 billion into AI and machine learning companies this year, according to Crunchbase data. That’s more than they invested in all of 2016, marking the largest recorded sum ever put into the space in a comparable period.
Where did the money go? Nearly 40 percent of 2017’s to date funding went to two companies. Argo AI, a Pittsburgh-based developer of AI technology for self-driving vehicles, raised $1 billion from Ford in February. And just this week, China-based SenseTime raised $410 million to develop applications of AI-powered deep learning technology for use cases like facial recognition and image processing.
Those weren’ t the only big investments. At least 28 AI and machine learning companies closed rounds of $20 million or more this year. Nearly 250 have disclosed funding investments this year. In the following chart, we look at some of the biggest financings.
=
Large-cap companies also have been pumping big sums into AI this year through investments, internal R&D and acquisitions. Both Google and Toyota this week announced new AI-focused corporate venture funds, following on the heels of a similar move by Microsoft a few months ago. Big tech companies also have been quite acquisitive, snapping up promising AI startups of all stages.
Crunchbase counted at least 40 acquisitions so far this year of AI and machine learning companies. By comparison, there were 56 in all of 2016.
The 2017 AI acquirers’ list contains some very well-capitalized buyers. That includes Apple, which picked up Lattice. It purchased the analysis platform for structured data for a reported $200 million. The tech giant also snapped up RealFace, a facial recognition technology startup. Cisco made the list too, paying $125 million for MindMeld, a conversational AI startup. Airbnb also showed an interest in AI with its purchase of Trooly, a developer of background-checking technology.
Overall, it’s clear these are bullish times for AI by almost every available metric: More startups are raising capital, more are securing exits and more investment capital is waiting on the sidelines for the next compelling deal.
Yet while the upward momentum is easy to detect, quantifying AI and machine learning investment has its challenges — it’s not exactly a discrete sector. There are some startups that characterize themselves principally as AI companies and others in areas like security or marketing analytics that use AI as a core technology. For this exercise, we used both kinds of startups, attempting to weed out larger rounds for companies for which AI is not core to their businesses. We also included funding rounds for autonomous-driving companies, often classified as a distinct sector, due to heavy reliance on machine learning.
The other challenge in quantifying investment is the “hot sector” bias. This is the tendency for companies to highlight aspects of their technology perceived as most appealing to investors. Because AI is popular, startups are increasingly incorporating the term in their names and elevator pitches. It’s possible that companies a few years ago were less likely to emphasize AI usage, as it wasn’ t expected to dramatically increase odds of raising capital.
Regardless, the trendline is clear: AI investment is hot.
iStockPhoto / Savushkin 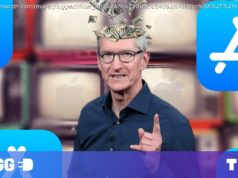 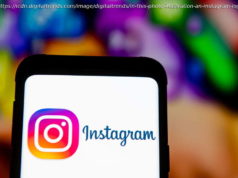 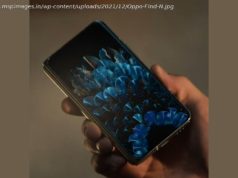