This really happened.
A new video by a New York City police union, the Sergeants Benevolent Association, warns about racism in America. But it’s not focused on racism against black people, Latinos, or even white Americans. Instead, it’s focused on what it calls “blue racism”: prejudice against police officers.
The video, noted by Rafi Schwartz at Splinter, warns about how “the average person” now views police officers — and claims that “blue racism” is even more racist than racism against actual racial minorities:
The video essentially treats “blue” as a race, arguing that a police badge and uniform colors how typical Americans see a person — with negative results. In doing this, the video tries to turn around criticisms of racism against the police by claiming that it’s actually the police who are victims of racism.
It even quotes “I Have a Dream” by Martin Luther King Jr.:
There are several things to explain here.
First of all, “blue” and police officers — and I can’ t believe I have to write this — do not constitute a race. The concept of race is a social construct (albeit one based on shared physical traits and geography) , so it’s flexible. So Irish and German Americans were once considered a separate race from white Americans, and now they are typically lumped into the “white” category. But no widely accepted definition classifies police officers as a race.
And unlike racist views, criticisms against the police are not based on pseudoscientific drivel about genetics, IQ, or any of the other nonsense that people use to justify their racism. Critics aren’ t denigrating an entire group of people just to spite or oppress them.
People are criticizing police because cops are public employees who are supposed to protect and serve them, yet there is a lot of evidence that police are doing something very wrong. Studies on police have found racial disparities in use of force, speeding tickets, car crash citations, and murder solve rates — to name just a few examples.
Pointing this out is not “racist.” It’s the mere act of the public trying to hold some of its most powerful employees accountable.
In fact, experts on policing argue it’s necessary for police officers to own up to these problems to do their jobs better.
David Kennedy, a criminologist at John Jay College, told me last year that there will be distrust between police and black communities until cops own up to historical abuses. And that distrust makes it harder for cops to stop and solve crimes, since it’s simply much more difficult to, for example, crack a case if the community isn’ t willing to cooperate with investigators.
“This is what folks who rail against the focus on police violence — and pull up against that, community violence — get wrong, ” Kennedy said. “What those folks simply don’ t understand is that when communities don’ t trust the police and are afraid of the police, then they will not and cannot work with police and within the law around issues in their own community. And then those issues within the community become issues the community needs to deal with on their own — and that leads to violence.”
Videos like this, then, aren’ t just nonsense. They actually represent the problem with police in America: Not only are there serious concerns about how policing is done, but many of the people doing the policing don’ t even want to acknowledge those problems.
The Sergeants Benevolent Association did not respond to a request for comment.
For more on American policing and how to fix it, read Vox’s explainer . 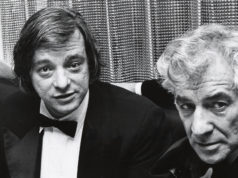 ⭐ Stephen Sondheim, Jewish Theater Legend Who Reshaped the American Musical, is Dead at 91 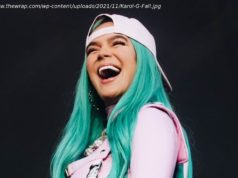 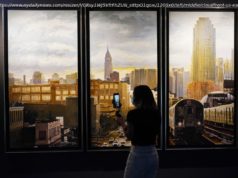