Following a string of IT issues plaguing the ATO, its chief digital officer has said future-proofing its infrastructure for a software-driven future is a priority.
Over the past seven months, the Australian Taxation Office (ATO) has suffered a handful of IT-related incidents, from “one of a kind” SAN outages to mainframe reboots. However, according to John Dardo, chief digital officer for the ATO, the government department is focused on the challenge of making a system that is “more connected and bulletproof than ever before”.
“Four years ago when we had an outage event or a slight decline in service, nobody noticed, ” Dardo told the Technology in Government conference in Canberra on Tuesday.
Dardo said the ATO is moving towards a fully digitised environment, but only where practical.
The ATO launched its myTax platform in 2014 and now boasts 3 million people lodging a return through myTax. It also has 1 million people using its mobile app, a number that is growing exponentially, Dardo noted.
“Four years ago, or even two years ago, if you were talking to the ATO through software, the software could batch and run; now the software is talking all the way through, ” he explained.
“So as we look to the future, we have to think about how we architect the ATO’s systems.”
He said the software space is driving the demand from the ATO and its architecture needs to be fully supportive.
The taxation office had 70 application programming interfaces (APIs) in production in July 2014; as of July 2017, that number was 237. Similarly, there were 17 service providers connected to the ATO’s APIs in July 2014, and that number, Dardo said, is now up to 346.
The uptake of its superannuation Standard Business Reporting platform is also growing exponentially, Dardo said, with that number hitting 2 million transactions last year.
“We’ll hit 1 billion this year and we’ll probably hit 10 billion next year, ” he added.
“If you look at the demand in terms of transactions per second, last year we were at 0.2, this year we’re at 8, by September we’ll be 37, and by July next year we’ll be at 121 transactions per second on our growth curve.
“How do we build systems that cater to that growth … how do you do it when you’ve got complex legacy systems that interface with your digital space?”
As any transaction coming through the ATO’s systems has to touch multiple layers of multiple systems in order to successfully transmit or work reciprocally, Dardo said the organisation is looking into what it needs to do to “make sure we’re in a world where we’re more resilient and more capable of supporting that live environment with our software providers and our online and mobile apps”.
“We’ve done some tactical stuff and that’s great, but the question is how do you move from where we are now where we’ve got old, legacy type standards to where we need to be, where we’ve got gold standards or non-stop standards, ” he said.
“And that’s the work we’re currently working through — what is the architecture, what are the investments we need to make to get us to those standards.”
He said the architecture is going to require the ATO to think about multiple patterns that can be catered for, such as making critical services a priority.
In addition, Dardo said the ATO is ensuring security is at the forefront, with many of its legacy systems previously working in an environment where the end user would download software from the ATO that sat on their desktop.
“We’re working with software developers now and other digital service providers to say: ‘Over the next six months, 12 months, 18 months, how are we going to harden the environments so we’re confident end-to-end our transactions have integrity?’, ” he said, adding that these are the issues that need to be resolved within the ATO.
At the same time, the government department is grappling with how much it exposes back to its consumers as it collects a bucketload of data ranging from banking information, staffing numbers for a business owner, and what government grants that business receives.
Addressing the National Press Club in July, Australian Commissioner of Taxation Chris Jordan said the ATO expects its IT will operate smoothly in the future, having done everything it can to ensure this.
“We are ready to respond quickly if there are any hiccups or unexpected outages, ” Jordan said.
Shortly after his address, the ATO experienced “intermittent system issues”, and as a result had pulled its portals, myTax, and other sites offline. The following day, the ATO revealed its mainframe needed to be rebooted. 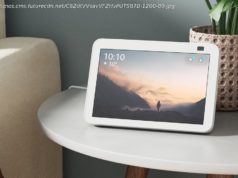 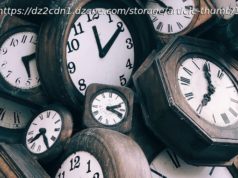 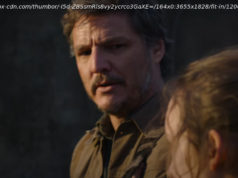