Comedian Jerry Lewis often exhibited his affinity for music in comedy scenes in his movies.
Jerry Lewis will be remembered first and foremost for his contributions to comedy, whether it’s his nightclub act with Dean Martin or his work in films.
But he also was an ardent music fan, something that he often showcased in his movies, demonstrating the same gift for impeccable timing and rhythm that was central to his physical and verbal humor.
His signature at his annual Muscular Dystrophy Assn. telethons was a tearjerker finale in which he sang “You’ll Never Walk Alone.” But for my money, his musical skills were best captured in the numerous comedy scenes built around melody and rhythm.
See the most-read stories in Entertainment this hour »
Foremost in my mind is the breakout scene in 1960’s “Cinderfella, ” his comic telling of the classic fairy tale in which a mistreated stepchild is granted his wish to go to the ball by a fairy godparent — in this iteration, a fairy godfather played magnificently by Ed Wynn.
Having fumbled and bumbled his way through the early part of the movie — written and directed by Frank Tashlin — Lewis makes a spectacular entrance at a gloriously swank gathering, descending a ridiculously long staircase to the greatest swing music intro imaginable.
That intro is provided by Count Basie and his Orchestra, who are present and playing live at the bash, and the ensemble’s presence on camera had to have influenced Mel Brooks to do precisely the same thing, with Basie, more than a dozen years later in “Blazing Saddles.”
In the same film, as he’s whiling away his time with kitchen chores, he flips on a radio — Basie’s there too, this time serving up the snappy arrangement of “Cute” — and Lewis begins playing air drums, then air flute and air sax as each section gets its moment in the spotlight.
His timing is spot on, exaggerating players’ embouchures of the wind instruments he fakes.
“The Nutty Professor” from 1963 brought a couple more memorable musical moments.
In Lewis’ rethinking of the classic Dr. Jekyll and Mr. Hyde theme, which he directed and co-wrote, we watch his ultra-nerdish Prof. Julius Kelp unconsciously cut loose at a high school dance with slapstick choreography to Les Brown and His Band of Renown’s “Leap Frog.”
Kelp flails madly as his dumbstruck peers look on, until he’s brought back to Earth by the cold stare of Del Moore’s high school principal.
Next, he concocts a potion that transforms him into lady killer Buddy Love.
Prof. Kelp’s hyper-obnoxious, egomaniac alter-ego turns up at the coolest club in town, takes a seat at the piano and leads a combo through a bebop-influenced rendition of Harold Arlen and Johnny Mercer’s “That Old Black Magic, ” which allows him to indulge in a modest bit of scatting along with his suitably syncopated vocal delivery of the lyric.
Jerry Lewis wasn’t known to be a big fan of rock ‘n’ roll when it came along in the mid-1950s — although his son, drummer Gary Lewis, scored quite a few hits in the ‘60s singing lead on a bunch of records that were largely the work of what the studio pros later dubbed “The Wrecking Crew.”
Yet Jerry and Martin, during a 1954 segment on “The Colgate Comedy Hour, ” introduced R&B-jump blues group the Treniers in one of the earliest instances of what would soon be called “rock ‘n’ roll” on national television. During the act’s “Rockin’ Is Our Business, ” an exuberant proto-rock number, Lewis lets loose some of his unhinged but rhythmically spectacular dance moves.
Perhaps his greatest music scene of all came in 1961’s “The Errand Boy.”
In another segment entirely reliant on music and Lewis’ physical comedy, he mimes a board room meeting, in which he takes on the role of the boss dictating all sorts of orders to the soundtrack of the Basie band yet again, in their “Blues in Hoss Flat.”
It’s influenced a whole slew of younger comics, not the least being Seth MacFarlane, who has referenced it in “Family Guy.”
“The Errand Boy” sequence was arguably the pinnacle of bits he’d done from an early age, back to a vaudeville routine he started doing in his teens: “The Record Act.” It was sometimes referred to as “the dumb act, ” in which he pantomimed physical comedy to classical and jazz recordings played on a wind-up record player.
“I started as a writer, ” Lewis said in a 1971 interview. “I had the dumb act, but I made my living from writing. It was only later that somebody told me I did the clowning better than the comics I was demonstrating the material to.”
That marriage of music and comedy often yielded magic.
randy.lewis@latimes.com
Follow @RandyLewis2 on Twitter.com
For Classic Rock coverage, join us on Facebook 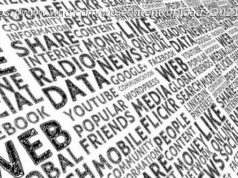 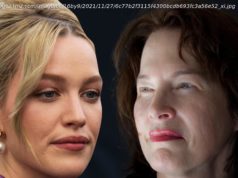 'You' Star Drops Out of Alice Sebold's Film Adaptation Post-Exoneration 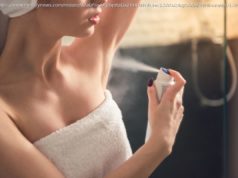