The astronomical phenomenon on Monday will sweep across the U. S. from Salem, Ore., to Charleston, S. C.
Crowds gathered Monday in hundreds of cities, towns and parks from Oregon to South Carolina along the “path of totality” in anticipation of the Great American Eclipse’s astronomical march across the nation.
A partial version of the eclipse will begin on Oregon’s Pacific Coast at about 9 a.m. PT, with the total solar eclipse — the moon completely obscuring the sun — starting more than an hour later. The path of totality will roll across the nation with the main eclipse show wrapping up along coastal South Carolina before 3 p.m. ET.
The phenomenon will be brief — the total eclipse will last less than three minutes even in prime locations.
For most eclipse watchers, weather largely won’t be a problem, AccuWeather meteorologist Brian Thompson said.
“There is not a whole lot going on along the path of totality, ” Thompson said. He said Oregon looked clear, that some “trouble spots” might pop up in Kansas and central Missouri, and there might be a few clouds along coastal South Carolina.
The picturesque town of Silverton, Ore., began to fill with eclipse-watchers several hours ahead of the celestial event. Susan Gurton was heading to the local high school for an eclipse viewing. The assistant director for education with the National Radio Astronomy Observatory in Charlottesville, Va., has worked at several eclipses in the past.
“But this time my kids said ‘Can we just go?’ So this one I’m not working, ” she said.
More: Solar eclipse 2017: Anticipation builds as millions pack prime viewing spots
More: Follow Monday’s eclipse with USA TODAY
In Weiser, Idaho, eclipse festival chairman Patrick Nauman said he expected 60,000 visitors for the eclipse. That’s about 10 times the town’s population. Sara Bronson, who grew up in Weiser, called the influx of tourists “spectacular.”
“I think it’s awesome, ” she said. “It’s exactly what we’ve been wanting … to show off our community.”
NASA was livestreaming the eclipse from Jefferson City, Mo., and crowds were happy to see 7,500 pairs of eclipse glasses being given away. NASA experts were ready to explain what was going on overhead in real time.
“We’ll talk about Bailey beads (dots of light around the moon) and about the four different planets we should be able to see with the naked eye at peak totality, ” NASA spokeswoman Debbie Lockhart said.
More: The procrastinator’s guide to viewing the solar eclipse
More: Eclipse weather forecast: Where will clouds mar your view of the sky spectacle?
In Anderson, S. C., Gregory McClain of Atlanta was setting up for the show with a party of nine people. The group of family and friends was set up at eclipse viewing hotspot Green Pond Landing 10 hours in advance of the total eclipse.
“My friend told me back in February about the eclipse, ” McClain said, eyeing his group. “Everyone was like ‘We’re not gonna see no eclipse.’ Now look around!”
Partly cloudy skies greeted eclipse tourists in downtown Charleston, S. C., early Monday. People set up lawn chairs under shady trees and beach umbrellas in historic Marion Square as the heat index neared 100 degrees.
Taxi driver Santel Powell, who was busy shuttling visitors to and from the airport, said he’s seen license plates from states across the country. The lifetime Charleston resident said the city has been preparing for the big event for months.
Charleston is the last major city in the path of totality, and business is booming. Coastal towns such as Edisto Beach, located about an hour southwest of Charleston, also are riding the wave. A group of friends from Maryland rented a house there for the week just to watch the sun disappear.
“When we learned of the solar eclipse, the middle-age nerds among us were giddy with excitement, ” said Allison Leaver of Silver Spring, Md. Added Jenny Kelley, also of Silver Spring: “It’s a long way to drive for two minutes of astronomical awesomeness.”
Contributing: Elizabeth Weise, USA TODAY; Mike Reicher, The Tennessean, Ron Barnett, The Greenville (S. C.) News; Natalie Shaver, KTVB-TV in Idaho; Natalie Pate, Zach Urness and Capi Lynn, Salem, Ore., Statesman Journal; Wesley Johnson, Springfield (Mo.) News-Leader 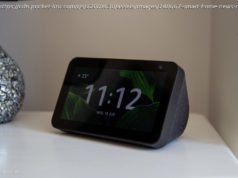 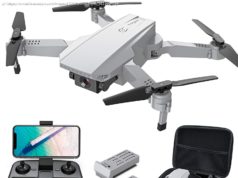 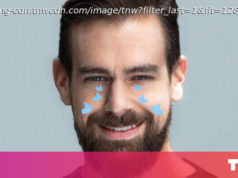