The Minnesota Lynx have already clinched a playoff berth and there’s still a third of the season left to play.
The Minnesota Lynx have already clinched a playoff berth and there’s still a third of the season left to play.
The Lynx (19-2) tied the franchise record for fewest games needed to secure a postseason spot when they beat Seattle on Sunday. Minnesota, which remained atop The Associated Press WNBA power poll Tuesday, matched the mark set in 2012 when the team also needed 21 games.
The Lynx will most likely secure a top two seed for the second consecutive season soon as well, giving them a bye till the semifinals of the playoffs.
It was announced this week that the team will play its playoff games at the University of Minnesota because of potential conflicts with the Minnesota Wild and other building events at the Xcel Energy Center. Minnesota moved out of its normal home, the Target Center, this year because of renovations.
“We’d like to thank the city of St. Paul, Mayor Coleman and the fine folks associated with the Xcel Energy Center for being tremendous hosts during our 2017 regular season, ” Lynx coach Cheryl Reeve said in a statement. “Our fans have responded and then some with our move to St. Paul and we expect nothing less from them as we take our tremendous home court advantage to the University of Minnesota.”
Williams Arena doesn’t have air conditioning, so the Lynx will pay for temporary systems to be put in place for fan comfort.
___
POWER POLL: Minnesota and Los Angeles are poised to secure the top spots in the playoffs. Here’s a look at this week’s WNBA poll.
1. Minnesota (19-2) : Sylvia Fowles continues to have an MVP-caliber season leading the Lynx.
2. Los Angeles (17-6) : The Sparks defense has improved throughout the season, making them more dangerous.
3. Connecticut (14-9) : The Sun keep winning and are track to return to the postseason for the first time since 2012.
4. Washington (14-9) : Injuries continue to bite the Mystics; Natasha Cloud is sidelined now with a partial plantar fascia tear.
5.New York (12-10) : The Liberty have two more games left on a five-game road trip with contests in San Antonio and Los Angeles.
6. Phoenix (13-10) : The Mercury have found ways to win without Brittney Griner. They hope to have her back soon.
7. Seattle (10-13) : Time is running short for the Storm to put together a run towards the playoffs.
8. Dallas (11-14) : The Wings finally are healthy and have another offensive threat in Aerial Powers.
9. Atlanta (10-13) : Looking to secure a postseason spot, the Dream added depth to their team via the trade.
10. Chicago (8-16) : A winless week have the Sky back on the outside of the playoff chase. With an eye on the future, the team traded Tamera Young and Imani Boyette to Atlanta.
11. Indiana (8-16) : July wasn’t kind to the Fever, who once in nine games. They’re hoping a change in the calendar will change their luck.
12. San Antonio (3-21) : Wins continue to be hard to come by for the Stars.
___
GAME OF THE WEEK: Liberty at Sparks, Friday. New York closes out its long road trip in Los Angeles with star Tina Charles facing off against the Sparks dynamic duo of Candace Parker and Nneka Ogwumike.
___
TRIPLE TROUBLE: Candace Parker became the sixth player in WNBA history to record a triple-double earlier this week when she achieved the feat against San Antonio on Friday night. That came a few days after Atlanta’s Layshia Clarendon had two assists removed in a postgame review to remove her potential triple-double.
___
PLAYER OF THE WEEK: Sylvia Fowles, Lynx. She averaged 25.3 points, 9.7 rebounds and 3.3 blocks to help Minnesota win all three of its games this week. Other players receiving votes included New York’s Tina Charles, Washington’s Emma Meesseman and Los Angeles’ Candace Parker.
___
GIVING BACK: Brittney Griner donated the $5,000 she won for the WNBA’s Cares Community Assist Award to the one.n.ten center that serves lesbian, gay, bisexual and transgender youth ages 14 to 24. The youth center that she had volunteered at had been damaged in a suspected arson last month.
___
To find the poll online: http: //collegebasketball.ap.org/ap-wnba-power-poll-week-12
Sign up today for a free 30 day free trial of unlimited digital access.. 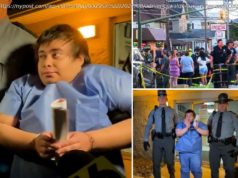 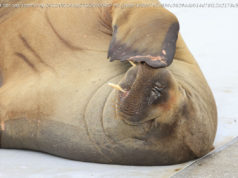 Norway has euthanized a popular walrus who drew crowds 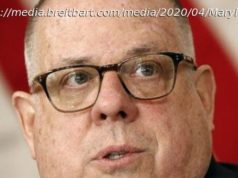 Hogan: Mar-a-Lago Raid a ‘Win’ for Trump, He Was Martyred