Composer Jeff Russo takes music for “Star Trek: Discovery” into uncharted territory.
Composer Jeff Russo felt the weight of more than half a century of music for the various incarnations of Gene Roddenberry’s sci-fi epic when he sat down to write the theme for the new “Star Trek: Discovery,” debuting Sept. 24 on CBS (and continuing on its CBS All Access streaming service).
SEE MORE: From the September 20,2017, issue of Variety
The concept came from his initial discussions with producers. “We talked about the idea of ‘Star Trek,’ which is exploration and harmony and discord between people and species,” he says. “Yes, people fight, but the overall theme is that we’re all one. What could I do to embody that in music?”
He remembered the idea of “common tone” in music theory: “If every chord I played shared one single note, how could I fashion that and then write a melody on top of it? The idea of a commonality in people and species — I wanted to apply it to the music.”
Then, to tip his hat to Alexander Courage’s original “Star Trek” theme, he bookended his new music with elements from that famous fanfare. The 100-second theme — long for network — combines an air of mystery, a propulsive rhythm and a hopeful feeling while reminding viewers that it’s all still “Star Trek.”
Russo, a three-time Emmy nominee and recent winner for his music for FX’s “Fargo,” watched the original series in reruns as a kid in 1970s and became a self-described fanboy of “Star Trek: The Next Generation” in the 1980s. A former rock drummer and guitarist, his other recent series include “ Legion ” and “The Night Of.”
Like all previous “Trek” series, “Discovery” is scored orchestrally. “We said, ‘We’re not doing this on a synthesizer,’” says exec producer Alex Kurtzman . “Jeff has a modern sound that’s also rooted in the classical film composers. We wanted to make ‘Discovery’ a movie on television.”
Russo used a 64-piece orchestra for the pilot and 51 players for each of the six episodes scored to date.
“Discovery” is the first of the six “Trek” TV series to have a single composer writing every score. With each episode averaging from 31 to 38 minutes of music, it takes Russo six days to finish a score. He can work quickly because he spent weeks developing a series of secondary themes — for Michael Burnham (played by Sonequa Martin-Green), Starfleet, Klingons and others — that are useful as the 15-episode story arc unfolds.
Unlike earlier musical treatments of the warlike Klingons, “it’s not all gloom and doom and marching drums,” Russo says. Instead, he’s manipulated guttural vocal noises and added ethnic wind instruments for a unique sonic signature for the race.
Russo had a loftier goal: “Connect the audience to these people who have their own emotions, their own thoughts and feelings. They’re fighting for their own place in the universe. There is an emotional aspect to some of the music I’ve written for the Klingons. We don’t need to play bad-guy music.” 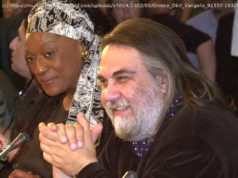 Vangelis, the Greek ‘Chariots of Fire’ composer, dies at 79 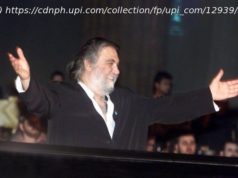 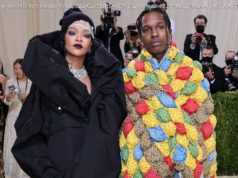