They could buy so much for that money…
The 17 Baltimore Ravens and Jacksonville Jaguars players who took a knee during the presentation of the national anthem in London on Sunday have combined total contracts of nearly $450 million.
Combing the total value of each players contracts adds up to a whopping $448,373,425, a figure greater than the gross domestic product of over a handful of the world’s nations.
ESPN reported that 10 Ravens players and roughly the same number of Jaguars players took a knee during the national anthem Sunday at Wembley Stadium in London.
The Ravens players include: Terrell Suggs, C. J. Mosley, Za’Darius Smith, Tim Williams, Tyus Bowser, Mike Wallace, Carl Davis, Tony Jefferson, Anthony Levine, and Lardarius Webb.
On the Jaguars sideline, Jalen Ramsey, A. J. Bouye, Calais Campbell, Yannick Ngakoue, Malik Jackson, Tashaun Gipson, and Leonard Fournette.
The players were likely kneeling in response to recent comments from President Donald Trump regarding the ongoing protests of the national anthem at NFL games across the country.
Trump said Sunday morning that NFL owners should either fire or suspend players who kneel during the national anthem, and fans should not keep watching games if players continue to protest.
“If NFL fans refuse to go to games until players stop disrespecting our Flag & Country, you will see change take place fast. Fire or suspend!,” the president tweeted Sunday morning.
The president’s comments come on the heels of an impassioned speech he gave in Huntsville, Ala., Friday evening. He came out swinging in his comments against NFL players who choose to kneel during the national anthem.
“The only thing you could do better is if you see it, even if it’s one player, leave the stadium. I guarantee things will stop. Things will stop. Just pick up and leave. Pick up and leave. Not the same game anymore, anyway,” Trump told a group gathered in Huntsville Friday.
“Wouldn’t you love to see one of these NFL owners, when somebody disrespects our flag, to say, ‘Get that son of a bitch off the field right now. Out. He’s fired. He’s fired!”
Former San Francisco quarterback Colin Kaepernick knelt during the national anthem during the 2016 NFL season and sparked a mass wave of protests that have trickled down to Pop Warner football teams across the nation.
Follow Robert on Twitter
Send tips to [email protected]
Content created by The Daily Caller News Foundation is available without charge to any eligible news publisher that can provide a large audience. For licensing opportunities of our original content, please contact [email protected]. 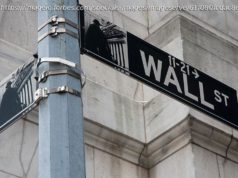 Reporting Companies Frequently Citing Higher Labor Costs, Which Could Be A Harbinger For Recession 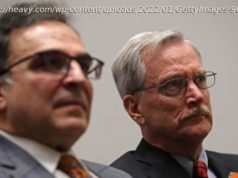 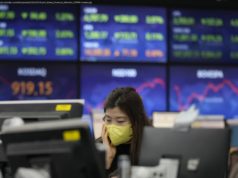 Stocks end lower on Wall Street after another volatile day