Maria, which has been fluctuating between a Category 4 and Category 5, was taking aim at several more islands including Puerto Rico and the U. S. Virgin Islands.
Hurricane Maria roared through the tiny Caribbean island of Dominica overnight with sustained winds of more than 150 mph, ripping the roof off the residence of Prime Minister Roosevelt Skerrit and causing “widespread devastation.”
The storm, which has been fluctuating between a Category 4 and Category 5, was taking aim at several more islands including Puerto Rico and the U. S. Virgin Islands.
Here is what we know now:
The National Hurricane Center said early Tuesday that top sustained winds had reached 160 mph — a major, Category 5 storm.
The center of the storm rolled off of Dominica early Tuesday and at 8 a.m. was 85 miles west of the island of Guadeloupe. Maria is moving toward the west-northwest near 9 mph.
It is too early to determine the full scope of the damage. Skerrit said that initial reports suggest “widespread devastation.” He said “we have lost all what money can buy and replace” and said he feared landslides likely triggered by persistent rains may have resulted in deaths.
It is still too early to determine with a certainty whether the storm will impact the U. S. East Coast — and any threat would not be until early next week. AccuWeather senior meteorologist Rob Miller said, however, that the storm will most likely take a course similar to Hurricane Jose, which swept north and had only an indirect impact on the U. S. coastline. Florida, severely battered by Hurricane Irma, likely will be spared Maria’s wrath, Miller said.
Hurricane warnings were posted for the U. S. and British Virgin Islands, Puerto Rico, Guadeloupe, St. Kitts, Nevis and Montserrat. Puerto Rico was expected to take a direct hit Wednesday, and Gov. Ricardo Rossello said the government has prepared hundreds of shelters capable of housing more than 100,000 evacuees if necessary. A tropical storm warning was issued for Martinique, Antigua and Barbuda, Saba, St. Eustatius, St. Maarten, St. Lucia and Anguilla.
Forecasters said storm was driving a surge could raise water levels by up to 9 feet near the storm’s center and could dump 15 inches of rain or more on the islands.
A large area of high pressure centered near Bermuda is forecast to continue pumping warm, humid air northward from the Gulf of Mexico and the western Atlantic, AccuWeather said. “When we get a pattern such as this, we usually have two to three named storms in October and can have one in November or December,” AccuWeather hurricane expert Dan Kottlowski.
Contributing: Doyle Rice; The Associated Press
More: Maria causes ‘widespread devastation’ on island of Dominica
More: Yes, this hurricane season has been worse than usual 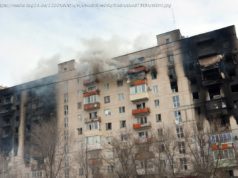 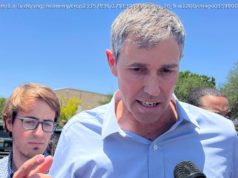 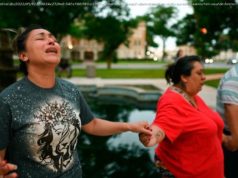