Sports used to be fun, but these protests are divisive and pointless. Can’t we just play ball?
Remember when you could enjoy pro football without getting lectured on politics? Not any more.
The NFL is on a politically-correct suicide course, alienating fans and wrecking ratings. It can thank former San Francisco 49ers quarterback Colin Kaepernick, who last year started the fad of refusing to stand for the pre-game national anthem because he did not want to “stand up to show pride in a flag for a country that oppresses black people and people of color.” This year the flag protests are a mass phenomenon, with over 200 players taking a knee last week. Members of the Baltimore Ravens and Jacksonville Jaguars appearing at London’s Wembley Stadium even chose to dishonor the U. S. flag on foreign soil. But they stood for “ God Save the Queen,” the anthem that was playing when most of Africa was placed under British colonial rule. These jocks probably were not history majors.
Defenders of the kneelers say the protest is itself an expression of Americanism, invoking the First Amendment and tradition of dissent. But this is not a First Amendment issue. Employers are allowed to regulate speech in the workplace. The NFL Personal Conduct Policy says that all employees “must refrain from conduct detrimental to the integrity of and public confidence in the NFL,” which these protests surely are. The league regularly clamps down on social messaging, like wearing cleats commemorating the heroes of the 9/11 attacks or decals honoring slain Dallas law enforcement officers. Taking a knee for God can also be problematic, just ask Tim Tebow. But the anthem protests are explicitly league-sanctioned activities.
The kneelers drew President Trump’s ire, who said that the proper response to the protests should be, “’ Get that son of a bitch off the field right now. Out. He’s fired!” NFL Commissioner Roger Goodell bizarrely responded, “The NFL and our players are at our best when we help create a sense of unity in our country and our culture,” which is the exact opposite of what the league is doing. The New Orleans Saints stated they “believe strongly in honoring our flag and the national anthem and what it represents,” while encouraging the contrary. Meanwhile former Saints fan Denise La Grange Fox public burned her team memorabilia, saying the team had “ruined and taken the fun out of sports.”
Sports are supposed to be fun, but these protests are divisive, distracting and pointless. They are a public relations nightmare that the NFL shows no sign of stopping. Goodell and others want to preach about free expression, but most fans probably prefer their football free of guilt-tripping toxic politics.
POLICING THE USA: A look at race, justice, media
Many people are simply tuning out. Television ratings are down double digits so far this year, following an 8% drop last season, and a poll last July found the number one reason was the flag protest issue. Another poll this month found a third of adult Americans are less likely to watch NFL football because of the kneelers. The low ratings could mean league revenues taking a $200 million hit.
It can get worse as the NFL continues to squander the good will and political cover it has enjoyed for decades. The public may be less willing to support massive taxpayer subsidies for stadiums. Maybe Congress would find it beneficial to open investigations into how much the league has known about degenerative brain disease endemic among players, and whether it has knowingly put players at risk by ignoring it the way the tobacco industry ignored evidence of the link between smoking and cancer. Perhaps OSHA could review the health consequences of playing professional football and issue a blizzard of new regulations. The FCC could examine whether the league engages in monopolistic behavior negotiating television deals. And the anthem protests may start a useful debate over why the billionaire team owners and millionaire players need all the subsidies, legal loopholes and other public support that keep their sports entertainment business afloat.
Or, they could just stop all the grandstanding and play football.
James S. Robbins, a member of USA TODAY’s Board of Contributors and author of This Time We Win: Revisiting the Tet Offensive, has taught at the National Defense University and the Marine Corps University and served as a special assistant in the office of the secretary of Defense in the George W. Bush administration. Follow him on Twitter: @James_Robbins 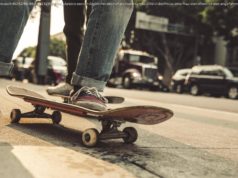 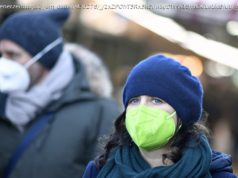 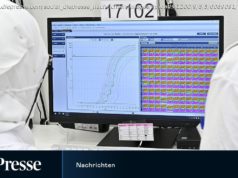