For the first time, the star of the show is not the game’s levels, but the characters that exist within them.
When Yoshiaki Koizumi took to Nintendo’s stage at Gamescom earlier this year, he proudly announced that the theme of Super Mario Odyssey was ‘travel’.
To a certain extent that’s true. The game is made up of a number of different kingdoms, each loosely based on a European country (New Donk City’s New York-inspired setting notwithstanding), which you travel through to collect Power Moons that give your airship enough energy to make it to the next kingdom.
It might be a little different from Odysseus’ journey in the original Greek Odyssey, but we’ll allow Nintendo some creative license.
But play through a couple of levels of Odyssey, and it becomes clear very quickly that, for perhaps the first time in Mario’s history, the worlds themselves aren’t the most important part of the experience.
This change is due to Mario’s companion, Cappy, who takes the form of Mario’s iconic hat after the original headgear is unceremoniously squashed by Bowser in the game’s opening cinematic.
At any point in the game, Cappy can be thrown at enemies to possess them, at which point Mario takes on their appearance and abilities, allowing him to do anything from getting access to their weapon, or allowing Mario to move with their speed and grace.
Cappy has his own reasons for wanting Bowser defeated. While Mario is inevitably preoccupied with his nemesis’ upcoming marriage to Princess Peach, Cappy is in it to rescue his sister, who Bowser has stolen and placed on his prize’s head like a crown.
The addition of Cappy means that rather than the levels being central, it’s their characters and enemies that inhabit each of them that are most important instead.
While previously the motley crew of Goombas, Boos and Koopa Troopas were little more than barriers that you had to avoid and eventually squash with your posterior, now almost every one presents an opportunity for you to explore the level differently.
Take the frying-pan tossing Koopa Troopa that you encounter in the Luncheon Kingdom. While previous games would have you avoid their projectiles and eventually squash them, in Odyssey their ability to destroy cheese makes them essential to finding all of a level’s secrets.
The realization that cheese is more than window dressing suddenly transforms the way you look at the level, and it’s all thanks to the abilities granted to you when you possess the right Koopa Troopa.
The more mobile enemies are even more useful. The Lava Bubbles present in the Luncheon Kingdom are invaluable if you want to traverse the lava between its platforms, while the Gushen squids in the Seaside Kingdom are able to squirt water that both propels you across the level and additionally can cool lava to allow you to safely pass.
While the game mostly puts useful enemies next to the level features you’d want to use their abilities on, finding the game’s better hidden Power Moons will require you to possess and take your enemies much further afield to use their powers elsewhere.
From the time we spent exploring these three kingdoms, it felt like there was more to find around every corner. You only need a certain amount of Power Moons to move on to the next kingdom, but there are a startling number more to discover if you’re prepared to hunt them down. These Power Moons are accompanied by a raft of other hidden delights, including a volleyball minigame that will even feature online leaderboards.
Of course, if you want to take a shortcut to finding these moons, we found a friendly neighborhood Toad who would sell us a map to the next Power Moon for the low price of 50 coins. We felt that this took much of the fun out of the hunt, but the feature is there if you’d like to make use of it.
It’s become a cliche at this point to bring up the charm that Nintendo brings to each of its titles, but no other company would approach the theme of ‘hats’ with the same ferocity and creativity as the home of Mario. Entire boss battles revolve around hats, the cap kingdom features a ‘Top Hat Tower’, and shops will sell you even more hats, just for the hell of it.
The team behind Odyssey has obviously gleefully taken its hat theme to heart, and the result is a terrifying array of hat puns and creations that reek of Nintendo’s trademark charm.
But what’s more surprising is just how much Cappy shakes up the traditional Mario formula. Far from being just an additional power in Mario’s arsenal, Cappy causes you to look at each level and enemy in a completely different way.
Enemies become opportunities for exploration, rather than just obstacles to be overcome.
The result is a game that looks like it’s finally about to break Nintendo’s need to one up the levels in every subsequent Mario title. Odyssey is hence able to stand on its own as an exquisite platforming experience without having to have levels that are bigger and more grandiose than what’s come before.
When Nintendo literally took Mario to space in the Super Mario Galaxy games, we all wondered how the company could possibly top those mind-bending levels, but in Odyssey we finally have our answer, and it’s by bringing something other than the levels themselves to the forefront of the experience. 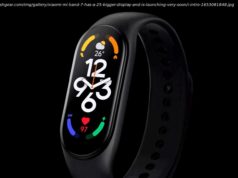 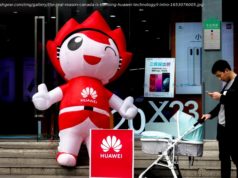 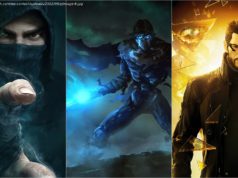