Republicans are again throwing money at Alaska to get Lisa Murkowski’s vote on a health care bill. But this time, they may offer more than money.
Senate Republicans are trying very hard to get Alaska’s senior senator, Lisa Murkoski, on board their last chance Obamacare repeal-and-replace legislation. As Eric Levitz reported yesterday, their current tact is to try to buy her vote by blunting the impact of the Graham-Cassidy bill on Alaska. Murkowski, as you may recall, was one of the three GOP senators that killed off the last big health care drive by her party in July. And with Rand Paul apparently becoming a “hard no” along with Susan Collins, Murkowski’s vote could be decisive.
But while earlier reports showed Republicans tweaking some funding formulas on Alaska’s benefit (much as they did back in July), today’s rumors are of inducements that go far, far beyond the customary baksheesh that often lubricates difficult votes.
One solid report on an important inducement is from Politico: the text of Graham-Cassidy already includes a provision that may allow Alaska and four other “low-density states” (Montana, North Dakota, South Dakota and Wyoming) escape, at least through 2026, the per capita cap on traditional Medicaid payments that the bill imposes on all other states. Helpful as that exemption might be to Alaska, its effect has already been factored into the state-by-state estimates that show the Murkowski’s constituents losing quite a bit of money from the overall effects of Graham-Cassidy.
Hazier rumors today suggest some tasty treats for Alaska (and Hawaii, which often shares special arrangements with the federal government with its icy first cousin) in a new and unreleased draft of Graham-Cassidy that are of an entirely different order of magnitude, per the Independent Journal-Review. In addition to the delay in the Medicaid per capita cap, “Alaska (along with Hawaii) will continue to receive Obamacare’s premium tax credits while they are repealed for all other states,” even though “it appears this exemption will not affect Alaska receiving its state allotment under the new block grant in addition to the premium tax credits.” For dessert, the basic formula for federal Medicaid payments would be changed to Alaska’s advantage.
This deal, if it’s real, does not technically amount to what some Twitter pundits are describing as “Alaska can keep Obamacare,” since the insurance regulations would change, the individual and employer mandates would still go away, along with the existing Medicaid expansion money. Even the Medicaid per capita cap would apply after 2026. But from a fiscal point of view, the rumored deal would be a wash or perhaps even an Alaska windfall, along with the luxury of a relatively non-disruptive transition to the new system. It’s about as close as a total exemption from change as the sponsors could probably devise.
No one knows for sure if this is actually happening, much less whether Lisa Murkowski would accept a deal that subjects the rest of the country to the strictures of Graham-Cassidy in exchange for her own state cruising right along. And if this is where Senate Republicans are going in an effort to nail down the 50th vote to repeal Obamacare that has eluded them all year, they run some risk of other senators stepping right into Murkowski’s shoes and shaking down the sponsors to get the same deal. Even if that doesn’t happen, too much special treatment of Alaska or any other state could exacerbate a big existing problem in the House, where 21 Republicans represent California and New York, which would be really hammered by Graham-Cassidy. Alaska may have one very important senator, but it only has one representative in the House.
Still, if GOP leaders are truly willing to buy Murkowski’s vote with so large and unprecedented an inducement, all bets could be off. It would be helpful if she’d take her vote clearly and unconditionally off the market. 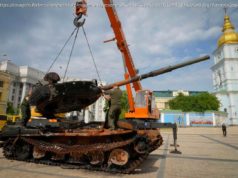 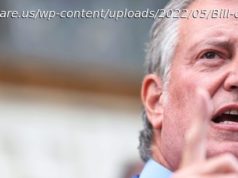 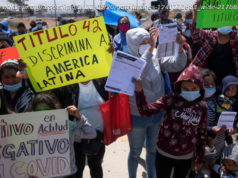 Gigabit broadband is now available in 66% of UK homes compared...