Trump’s order enables the U. S. to sanction individual companies and institutions that finance trade with North Korea
Trump praised China for instructing its banks to cut off business with Pyongyang, but neither the Chinese nor Trump officials were ready to say so. Treasury Secretary Steve Mnuchin said he had spoken at length Thursday with the head of China’s central bank but “I am not going to comment on confidential discussions.”
If enforced, the Chinese action Trump described could severely impede the isolated North’s ability to raise money for its missile and nuclear development. China, responsible for about 90 percent of North Korea’s trade, serves as the country’s conduit to the international banking system.
Trump’s announcement of U. S. action came as he met on the sidelines of the U. N. General Assembly with leaders from South Korea and Japan, the nations most immediately imperiled by North Korea’s threats of a missile strike. His executive order adds to a U. S.-led campaign to isolate and impoverish Kim Jong Un’s government until it halts the missile and nuclear tests that, combined with Trump’s threats, have stoked global fears of war.
The concern has intensified as Pyongyang has marched closer in recent months to achieving a nuclear-tipped missile that could strike America. The crisis has dominated the president’s debut at this week’s annual General Assembly meeting, where Trump threatened to “totally destroy” North Korea if forced to defend the United States or its allies.
“North Korea’s nuclear weapons and missile development is a grave threat to peace and security in our world and it is unacceptable that others financially support this criminal, rogue regime,” Trump said Thursday as joined Japanese Prime Minister Shinzo Abe and South Korean President Moon Jae-in for lunch. “Tolerance for this disgraceful practice must end now.”
Mnuchin said the executive order expands the Treasury Department’s ability to target anyone conducting significant trade in goods, services or technology with North Korea, and to ban them from interacting with the U. S. financial system.
“Foreign financial institutions must choose between doing business with the United States or facilitating trade with North Korea or its designated supporters,” the order says. It also issues a 180-day ban on vessels and aircraft that have visited North Korea from visiting the United States.
Washington, however, is still banking on Beijing’s help to get the North to stand down.
Trump commended Chinese President Xi Jinping for a “very bold” order by his nation’s central bank to stop China’s financial institutions from dealing with North Korea. Such action, if confirmed by China, would answer a longstanding request from the U. S. and its allies. They also want strict Chinese enforcement of U. N. sanctions that were tightened this month after North Korea’s most powerful nuclear test to date.
In recent months, the North also has launched a pair of intercontinental missiles believed capable of striking the continental United States and another pair that soared over Japanese territory.
Trump said the China action he described “was a somewhat unexpected move and we appreciate it.”
China remains leery of pressuring North Korea into collapse and has resisted cutting off its critical oil supplies, not wanting chaos on its border. Along with Russia, China wants the U. S. to seek dialogue with the North. American officials say the time isn’t right for any formal diplomatic process. Foreign Minister Wang Yi said Thursday that negotiations are the “only way out” of the nuclear standoff.
Several news outlets this month have reported Chinese steps to restrict banking transactions, but the government hasn’t made a formal announcement. Asked for comment last week, the Foreign Ministry said China has always fully implemented U. N. sanctions on North Korea but opposes “unilateral” restrictions imposed by another country on Chinese entities. China’s embassy in Washington declined to comment Thursday.
Trump’s return to focusing on North Korea’s economy may temper international unease over his tough address Tuesday. He mocked Kim as a “Rocket Man” on a “suicide mission,” and sketched out potentially cataclysmic consequences. While Trump spoke of his own nation’s patience, he said that if “forced to defend itself or its allies, we will have no choice but to totally destroy North Korea.”
Trump’s messengers backed him up in television appearances Thursday. Vice President Mike Pence told Fox News: “We do not desire a military conflict. But the president has made it very clear, as he did at the U. N. this week, that all options are on the table and we are simply not going to tolerate a rogue regime in Pyongyang obtaining usable nuclear weapons that could be mounted on a ballistic missile and threaten the people of the United States or our allies.”
Trump’s heated language was rare for a U. S. president at the rostrum of the United Nations. But the speech was textbook Trump, dividing the globe into friends and foes and taking unflinching aim at America’s enemies. He drew a sharp rebuke from the North’s Foreign Minister Ri Yong Ho, who said, “It would be a dog’s dream if he intended to scare us with the sound of a dog barking.” 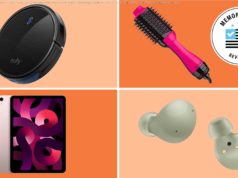 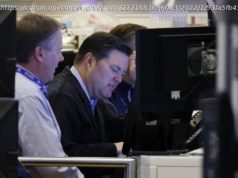 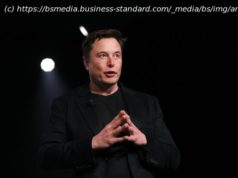