Ride-hailing app Uber “not fit and proper” to operate in London, transport regulator says.
Uber will not be issued a new private hire licence, Transport for London (TfL) has said.
TfL concluded the ride-hailing app firm was not fit and proper to hold a private hire operator licence.
Uber’s approach and conduct demonstrated a lack of corporate responsibility which could have potential public safety and security implications, it said.
Uber said it would immediately challenge the decision in the courts.
Some 3.5 million passengers and 40,000 drivers use the Uber app in London.
Latest updates and reaction
In a statement, Uber said: “Transport for London and the mayor have caved in to a small number of people who want to restrict consumer choice.”
It said the decision showed the world that “far from being open, London is closed to innovative companies”.
There had been growing speculation that the app could be banned from London.
Opponents of the firm claim it causes gridlocked roads and does not do enough to regulate its drivers.
Analysis: From BBC London’s transport correspondent Tom Edwards
The Uber app has completely changed the London minicab and taxi market. As a “disruptive” technology it was popular and cheap.
But although Uber claims 3.5m Londoners use the app and there are 40,000 drivers, the company has been dogged with controversy in London.
It has been blamed for congestion, failing to report sexual offences, not doing proper criminal checks and a rise in collisions.
It has also been criticised by unions for poor working conditions of drivers.
Right up until the last minute, even the black cab organisations which have been fighting Uber since their arrival in 2012 were not certain they had won.
So this is a big shock to the industry and it will reverberate right around the world where the company is trying to operate.
This decision will be appealed and eventually probably go through the courts so it’s not quite over for Uber in London yet.
Mayor of London Sadiq Khan said in a statement: “I fully support TfL’s decision – it would be wrong if TfL continued to license Uber if there is any way that this could pose a threat to Londoners’ safety and security.”
General secretary of the Licensed Taxi Drivers’ Association Steve McNamara said: “The mayor has made the right call not to re-license Uber.
“We expect Uber will again embark on a spurious legal challenge against the mayor and TfL, and we will urge the court to uphold this decision.
“This immoral company has no place on London’s streets.”
Uber has 21 days to appeal. 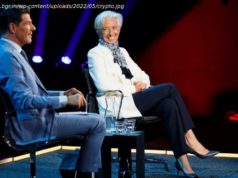 Cryptocurrencies are worth nothing and should be regulated to protect people: European Central Bank Chief 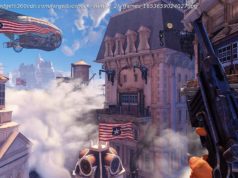 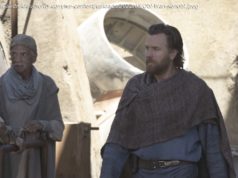 Obi-Wan Kenobi recap: What happened in episodes 1 and 2?