Sergei V. Skripal, 66, and Yulia Skripal, 33, his daughter, are in critical condition after “exposure to an unknown substance.”
LONDON — Britain’s top counterterrorism official said on Tuesday that his forces had joined the investigation into the apparent poisoning of a former Russian intelligence officer and his daughter in southern England, but he cautioned against leaping to any conclusions about what the police have called a “major incident.”
The victims, Sergei V. Skripal, 66, and his daughter, Yulia Skripal, 33, were in critical condition, two days after being found on a bench in Salisbury, about 85 miles southwest of London, after what the police called “exposure to an unknown substance.”
With its echoes of stranger-than-fiction plots from the Cold War and from the Putin era, the case threatens to worsen the already tense relations between the West and a Russian government that stands accused of disrupting elections and sowing discord within democracies.
Foreign Minister Boris Johnson, who confirmed the identity of the two victims as he spoke in Parliament, said the British government would respond “appropriately and robustly” if the evidence showed that Russia was responsible for the apparent poisoning.
Russia is now in many respects “a malign and disruptive force” and no effort to take innocent life on British soil would go unsanctioned, Mr. Johnson said, but he added that the outcome of the investigation could not be prejudged.
Police specialists wearing hazardous material suits erected a tent over the bench and cordoned off part of the shopping district where the two had been ill, including an Italian restaurant and a pub, while officers from multiple law enforcement agencies combed the area for evidence.
Responding to reports that some officers had received medical treatment after working at the scene, the police in Wiltshire, the county that includes Salisbury, released a statement on Tuesday confirming “that a small number of emergency services personnel were assessed immediately after the incident and all but one have been released from hospital.”
In 2006,Mr. Skripal, a former officer for Russian military intelligence, was convicted in a Russian court of secretly passing classified information to British intelligence. In 2010, he was released from prison and sent to Britain as part of a spy exchange with Western agencies.
James Puttock, a 47-year-old scaffolder, lived a few doors from Mr. Skripal in Salisbury, on a quiet residential street of semidetached two-story houses, with small lawns outside.
“He was just an ordinary person,” Mr. Puttock said, “I didn’t think he was” a Russian spy. “How do you even know?” he added. “Do I look like a Russian spy?”
The Skripal case was expected to make its way to Parliament, where a lawmaker, Tom Tugendhat, was granted permission to take the floor on Tuesday. He was expected to call on the government to clarify its policy toward Russia.
In Moscow, the government said it had no information about the apparent poisoning or about Mr. Skripal’s activities in Britain. Dmitri S. Peskov, a Kremlin spokesman, said that Russia had not received any requests for cooperation in the investigation but that it was always open to such requests, the Interfax news agency reported.
Accusations of Kremlin involvement “weren’t long in coming,” Mr. Peskov said. “You know how he ended up in the West, what actions and decisions led him there.”
Mark Rowley, assistant commissioner of the Metropolitan Police Service and Britain’s chief counterterrorism officer, told BBC radio on Tuesday that his forces were prepared to take over the Skripal investigation, depending on what the evidence showed.
“The specialist resources that sit with the counterterrorism network that I coordinate across the country and other partners are working with Wiltshire police to get the bottom of it,” he said. “We’re speaking to witnesses, we’re taking forensic samples at the scene, we’re doing toxicology work.”
Mr. Rowley was asked about parallels to the death of Alexander V. Litvinenko, a former K. G. B. officer who was poisoned and later died in 2006, and about reports that a number of people at odds with the Russian government had died in Britain under murky circumstances .
“There are deaths which attract attention,” Mr. Rowley said. “I think we have to remember that Russian exiles aren’t immortal. They do all die, and there can be a tendency for some conspiracy theories. But likewise, we have to be alive to the fact of state threats, as illustrated by the Litvinenko case.”
On Sunday afternoon, a security camera at a fitness club captured images of a man and woman, reportedly the Skripals, walking through the shopping area in Salisbury known as the Maltings. The video was time-stamped 3:47 p.m., less than half an hour before the pair were found at 4:15 p.m., incapacitated, on a bench nearby.
The police said that the man and woman had no visible injuries. “At this stage, it is not yet clear if a crime has been committed,” they said in a Twitter post .
The BBC quoted a witness who said that the woman appeared to have passed out, while the man seemed seriously impaired, “doing some strange hand movements, looking up to the sky.” The police said the victims had been unconscious .
When Mr. Skripal, who once held the rank of colonel, was arrested, the Russian Federal Security Service said that he started spying for Britain in 1995, when he was stationed overseas, and continued to do so after retiring from the military in 1999. 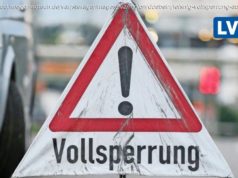 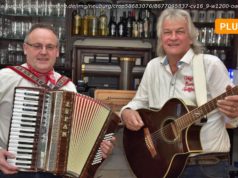 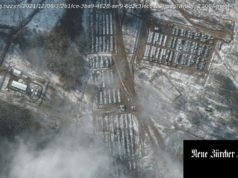