The legislation funds school security improvements and invests in early intervention and prevention programs aimed at stopping school violence.
WASHINGTON — Senate Majority Leader Mitch McConnell and a bipartisan group of 21 other senators on Monday announced support for a school safety bill in response to the Valentine’s Day mass shooting at a Florida high school.
The legislation funds school security improvements and invests in early intervention and prevention programs aimed at stopping school violence. But it does nothing to expand background checks or curb access to weapons — gun-control measures Marjory Stoneman Douglas High School students have called for in the wake of the shooting that killed 17 of their classmates and staff.
President Trump supports the bill along with another measure to boost authorities’ reporting to the National Instant Criminal Background Check System (NICS), according to the White House.
Sen. Orrin Hatch, R-Utah, is the lead sponsor of the school safety bill, aiming to replicate the success of a program in his home state of Utah.
“Putting these kinds of critical resources closer to students in Utah has led to incredible success,” he said in a statement.
The bill authorizes the Department of Justice to make grants to:
• Train students, school personnel and law enforcement to identify signs of violence.
• Improve school security infrastructure.
• Develop and operate school threat assessments and crisis intervention teams.
• Enable better coordination between schools and local law enforcement.
Sen. Amy Klobuchar, D-Minn., a co-sponsor, said the legislation is “just one part of the solution.”
“I believe we also need to pass a number of other safety measures related to guns, including universal background checks,” she said in a statement.
The bill is supported by Sandy Hook Promise, an organization formed to prevent gun violence after the shooting deaths of 20 children and six adults at Sandy Hook Elementary School in Newtown, Conn., in 2012.
Sen Chris Murphy, D-Conn., another co-sponsor, said even Sandy Hook Promise leaders would say stopping with this bill “would be a failure.”
“If we are going to do something meaningful about school shootings, we need to support programs that work, but also address how easy it is for kids to get their hands on powerful weapons,” he said.
The Senate Judiciary Committee on March 14 will hold an oversight hearing on the shooting and school safety.
Other senators who co-sponsored the bill include Republicans Marco Rubio of Florida, Chuck Grassley of Iowa, John Cornyn of Texas, Dean Heller of Nevada, Bill Cassidy of Louisiana, Shelley Moore Capito of West Virginia, Lisa Murkowski of Alaska, Susan Collins of Maine and Joni Ernst of Iowa, and Democrats Richard Blumenthal of Connecticut, Bill Nelson of Florida, Tom Udall of New Mexico, Debbie Stabenow of Michigan, Heidi Heitkamp of North Dakota, Tammy Baldwin of Wisconsin, Sherrod Brown of Ohio, Doug Jones of Alabama, and Independent Angus King of Maine.
Another bipartisan gun safety bill introduced by senators on Monday would assist states with enforcing existing laws against people who try to purchase firearms illegally. The NICS Denial Notification Act would require federal authorities to alert state law enforcement within 24 hours when people “lie and try” to buy firearms. 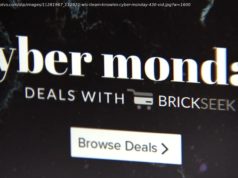 Cyber Monday deals on electronics, toys and more come with some risk from scams 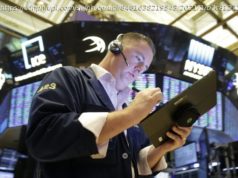 Dow rises 236 points as Biden says no to Omicron lockdowns 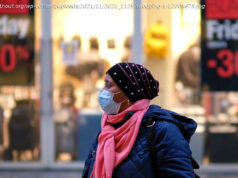 Capitalism Must Not Dictate Our Response to Omicron Variant